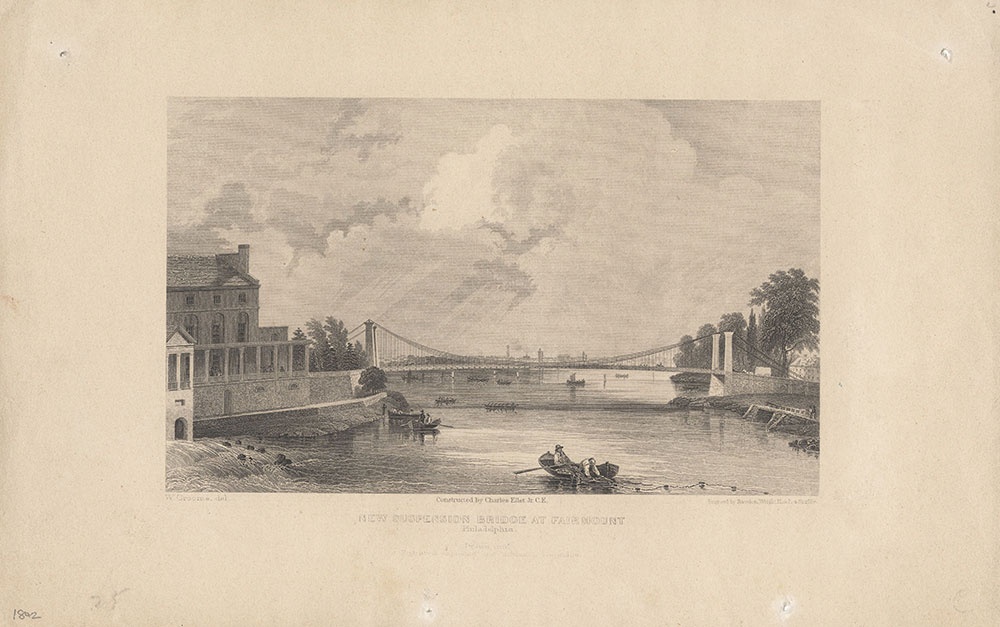 William Croome (1790-1860)
William Croome trained in Boston under Abel Bowen and lived in Southeastern Pennsylvania.  In the 1840s Croome was a mature artist and one of America's most busy, designing banknotes, creating covers for Crockett's Alamanacs, and producing illustrations for books.

Also known as the Upper Ferry Bridge, this bridge carried Callowhill Street over the Schuylkill River (even though the current bridge at this location carried Spring Garden Street over the river).

To replace "The Colossus," after it burned in 1838, Charles Ellet, Jr. designed the first major wire-cable suspension bridge in the United States.  The 358-foot-long bridge opened to traffic on January 2, 1842.  It had no toll, and stood for over 30 years.