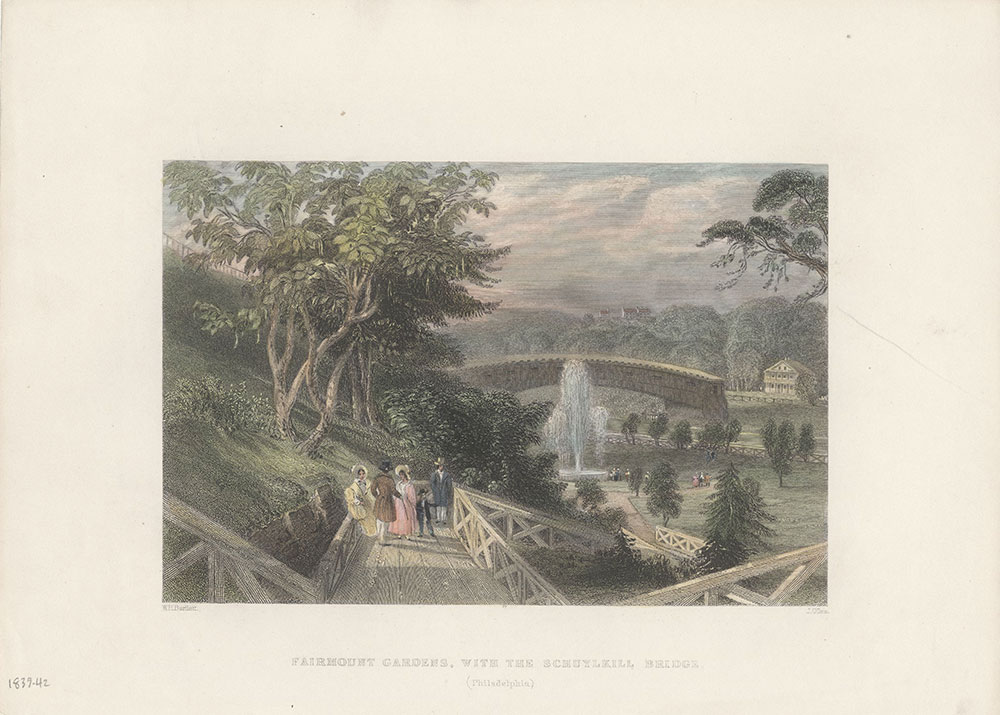 View of the Gardens above the Water Waterworks and the old covered, Upper Ferry Bridge.  In the background of this image one can see the first permanent bridge at Spring Garden.  Known as "The Colossus" due to its 366 foot span, the single-span covered bridge was designed by German immigrant Lewis Wernwag.  When it opened to the public in 1813, it was the longest bridge in America and some considered it to be the longest in the world.  After 25 years of service the bridge was destroyed by fire in 1838.