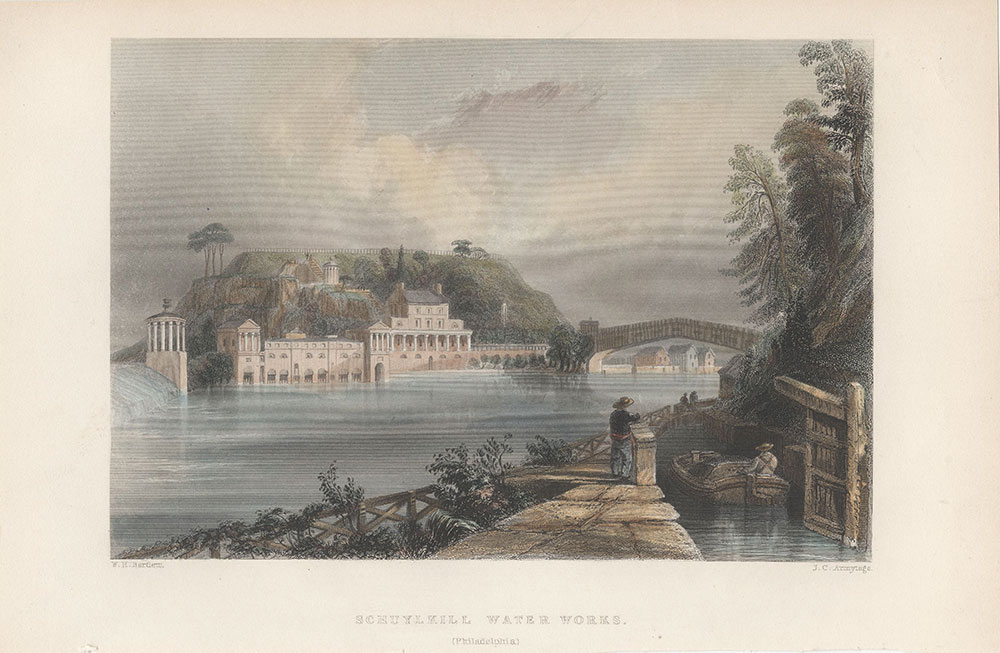 View showing the canal lock on the west side of the Schuylkill and the waterworks and reservoir on the west side.  This beautiful print shows a romantic view of the Water Works and the hill containing the reservoir (where the Art Museum now sits).  The boaters gliding through the lock on the right add to the ethereal quality of the scene.