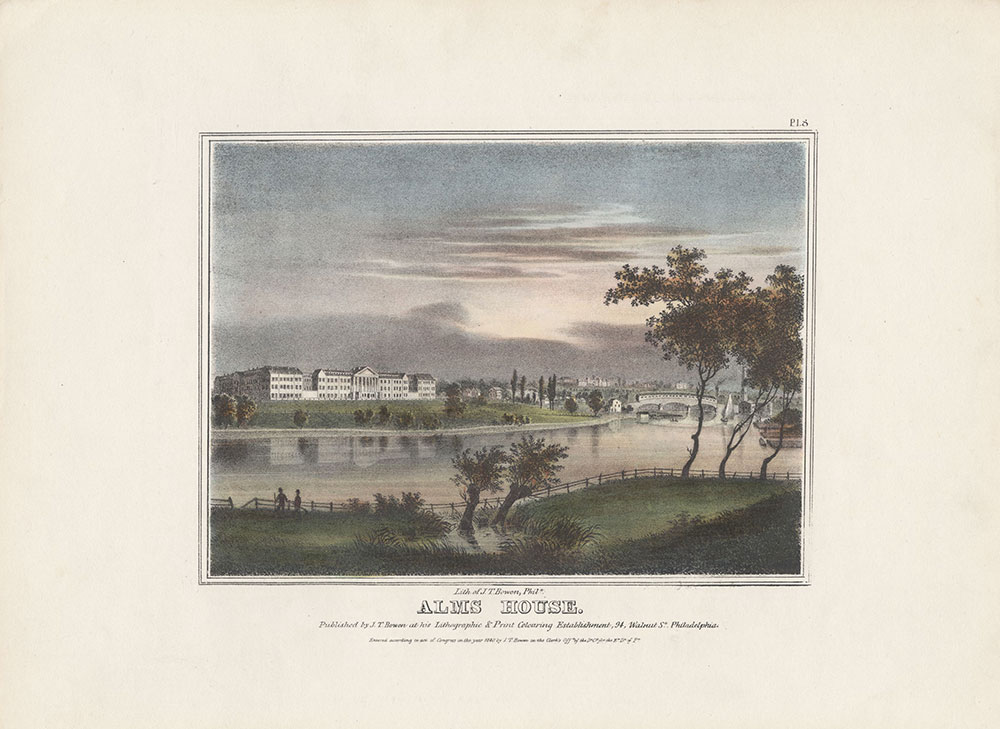 What nobler object can out thoughts employ,
While dwelling in this world of smiles and tears,
Then to increase a fellow sufferer's joy,
And soothe the needy, bow'd by weight of years.
No "Pamper'd menial," grown in office proud,
Repels the famish'd suppliant from the door;
A princely charity is here endow'd, --
A home of lasting refuge for the poor.

No hovel rude, or drear abode is here, -
A parital shelter from the driving blast -
Whose shivering inmates shed the bitter tear
Of want or woe above the scant repast.
Far from the city's hot infectious breath, -
Where sickness enters at each latchless door
And scatters round it dark disease and death, -
Is rear'd this noble PALACE FOR THE POOR!

A lovelier scene no pencil e'er might trace,
To art an honor, and to nature true;
The Schuylkill mirroring, in its tranquil face,
The varied forms, that gem the charming view.
Upon its kind projectors may there rest
The smiles of Providence, in health and store,
And may the fond pray'r springs warmest in the breast:
"MAY GOD BLESS THOSE WHO AID THE SUFFERING POOR!"

-Andrew McMakin, Views of Philadelphia and Its Vicinity, 1838