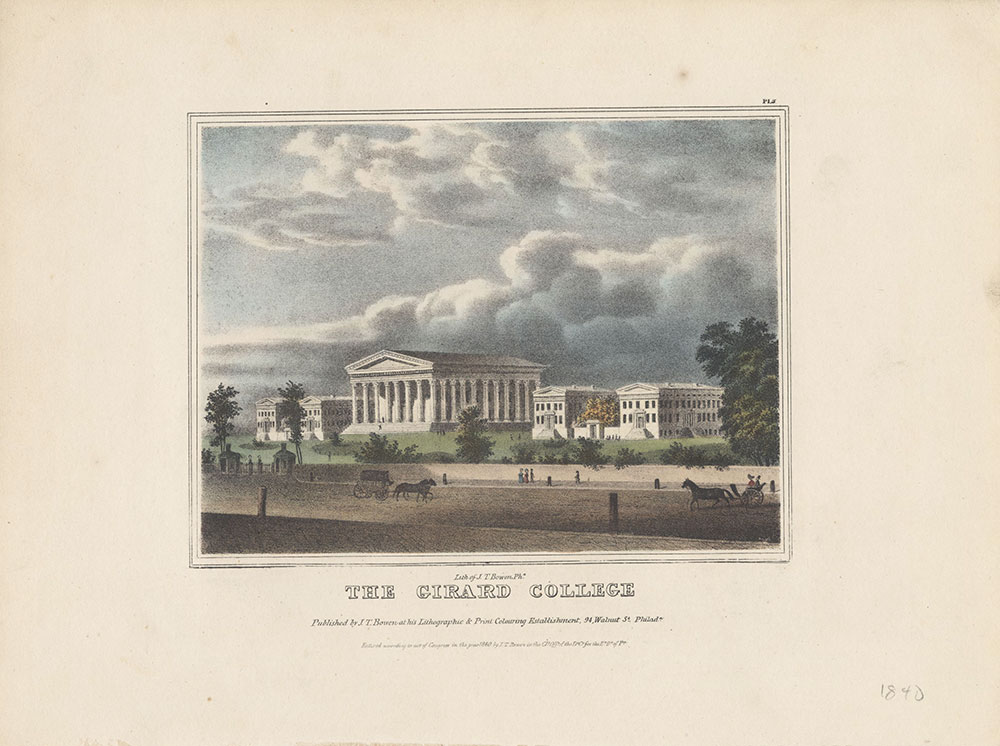 The Girard College is situated on a tract of land containing forty-five acres, in the north-western environs of Philadelphia, about one mile from the incorporated limits of the city. ....
The centre building, which forms the principal and most imposing object, is composed in the Corinthian order of architecture; it is surrounded by thirty-four columns, supporting an entablature after the manner of a Greek temple; the columns rest upon a basement of eight feet high, composed of a continuous flight of marble steps, surrounding the whole building; each column is six feet in diameter at the bottom of the shaft and fifty-five high, including the capital and base; the shafts are composed of frustra from three to six feet in height; the base is three feet high, and its greatest diameter nine feet two inches; the height of the capital is eight feet ten inches, and its extreme width eight feet four inches.
-Ezra Holden, Views of Philadelphia and Its Vicinity, 1838