View of the Inclined Plane, near Philadelphia 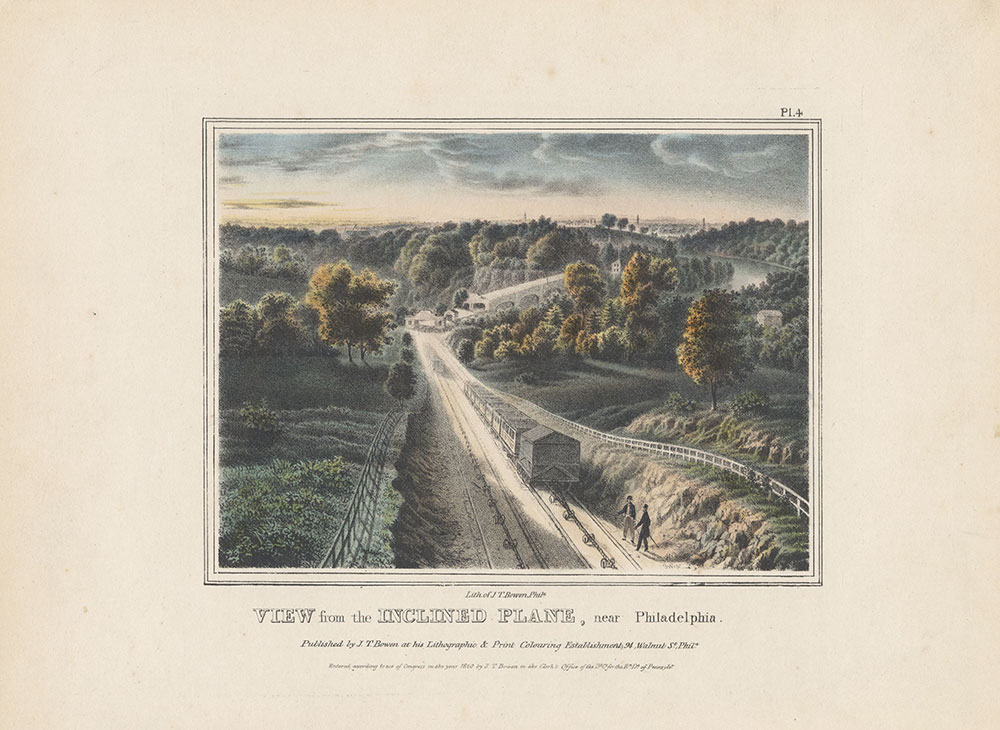 Known as the Belmont Plane.

Plate 4 in Wild's Panorama and Views.

The Inclined Plane is situated upon the Great Western Rail Road, leading from Philadelphia to Columbia [a town south of Harrisburg on the Susquehanna River].  Following the road from the intersection of Vine and Broad Streets in Philadelphia, for nearly three miles, you come to the foot of the Inclined Plane, on the opposite side of the river Schuylkill.
-Ezra Holden, Views of Philadelphia and Its Vicinity, 1838