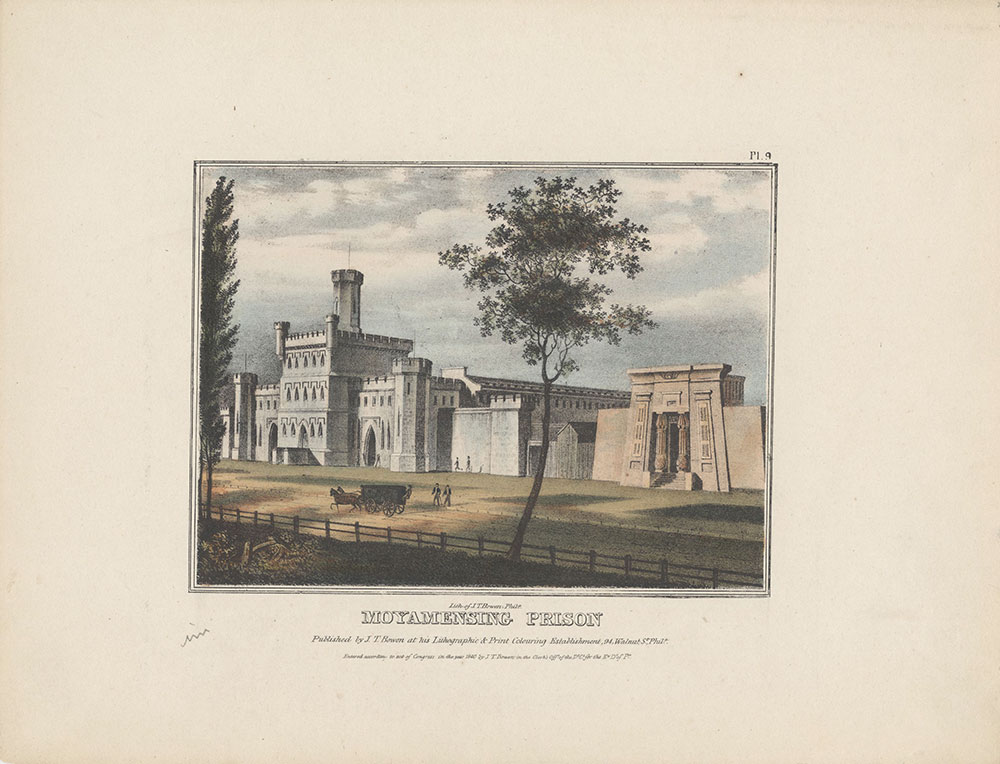 Passyunk Ave. below Reed Street, from 10th to 13th Street.

This is a County Prison, situated on the Passyunk road, about two miles from the heart of the city, embracing debtors' and criminal apartments.
-Ezra Holden, Views of Philadelphia and Its Vicinity, 1838