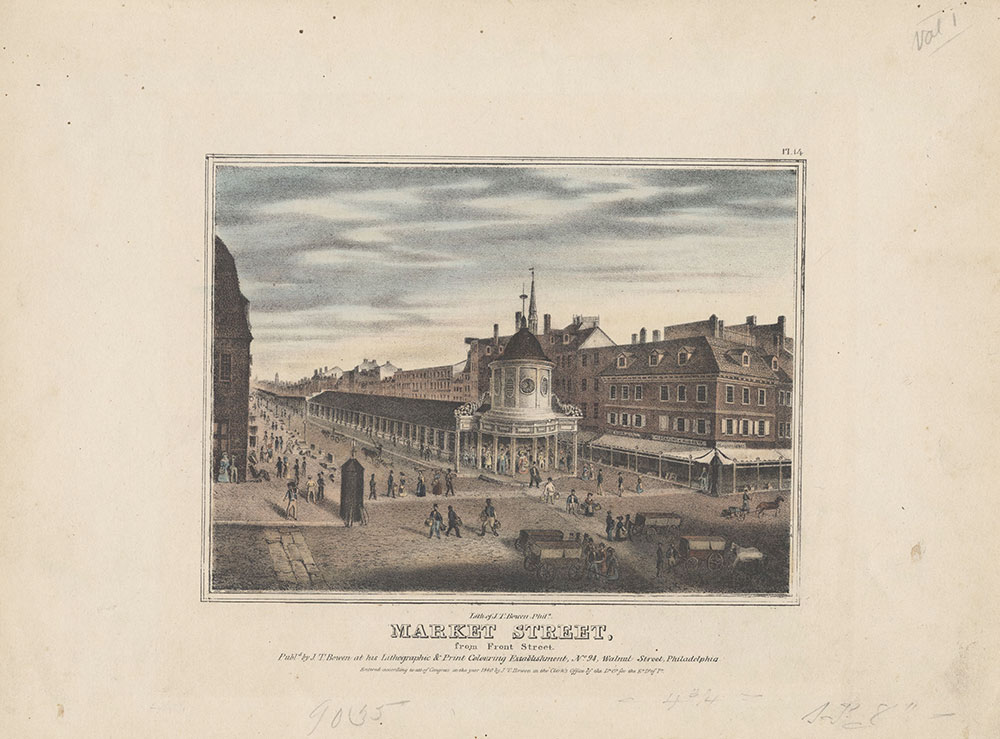 This view represents one of the finest streets of the city, from Front Street.  Market Street is exactly in the centre of the City.  The immortal Quaker [William Penn], in laying out the City on his original plan of all the streets running at right angles, intended Market Street doubtless to form the greatest centre of business.
The principal City Markets are in the middle of the Street, which the eye will see in the representation, starting from what is termed "Jersey Market," the portion commencing nearest the river Delaware, where the Camden boats land from New Jersey shore; which accounts for the name given to the lower portion of the Market, as it is here that the good people of Jersey, bring their fine peaches and other products to Market.
-Ezra Holden, Views of Philadelphia and Its Vicinity, 1838