Philadelphia, from the Navy Yard 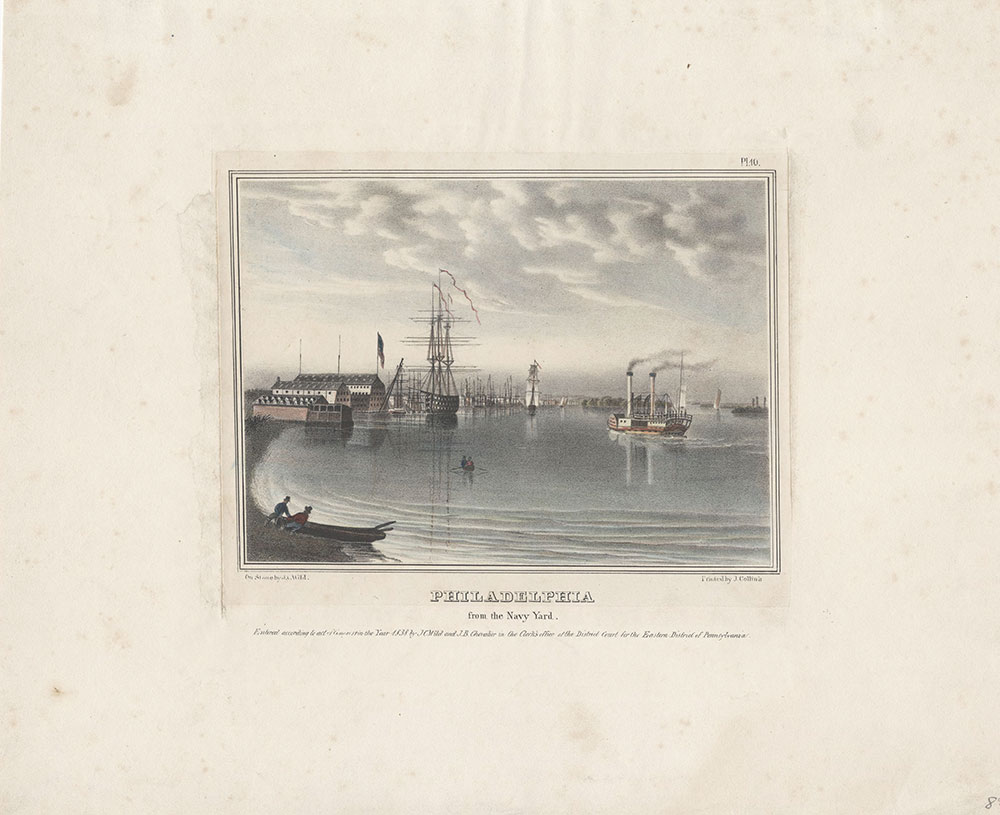 The view depicts the Delaware, covered with the shipping, from a point below the Navy Yard, extending up as far as Kensington, which is dimly traced in the distance.  Wind-Mill Island, where the pirates were hung many years since, is also seen opposite the heart of the city, while the shore of Camden beyond is partially seen at distant points.
-Ezra Holden, Views of Philadelphia and Its Vicinity, 1838.