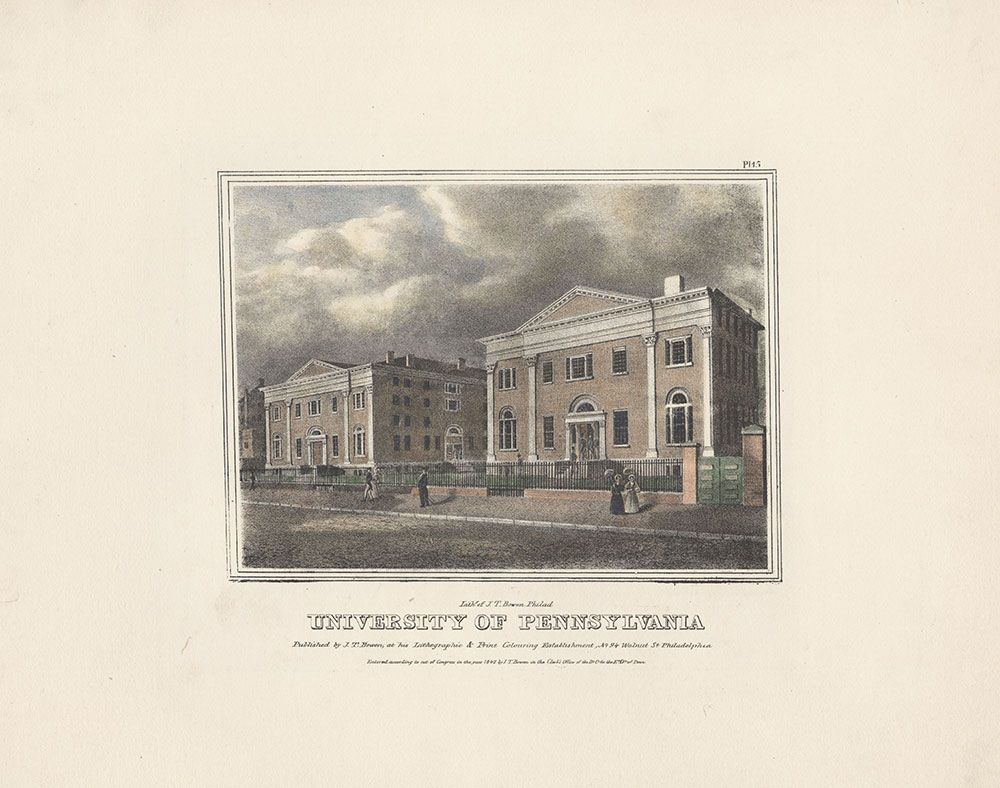 The origin of the University was from a Charity School, and an Academy, which were chartered and endowed in 1753.  In 1779, it was erected into a College, an din 1789 into a University.  Subsequently, they were separated, the College was revived, but again in 1791 they were re-united, and have continued so ever since.
They embrace an Academical Department, in which the usual College course of four years is purused: and a Medical Department, being the most ancient and most respectable in the country.  The Students come from every part of the country and generally number upwards of four hundred.
-Ezra Holden, Views of Philadelphia and Its Vicinity, 1838

Gift of Evan Randolph, 1960.
Transferred from the Rare Books Department 12/96.