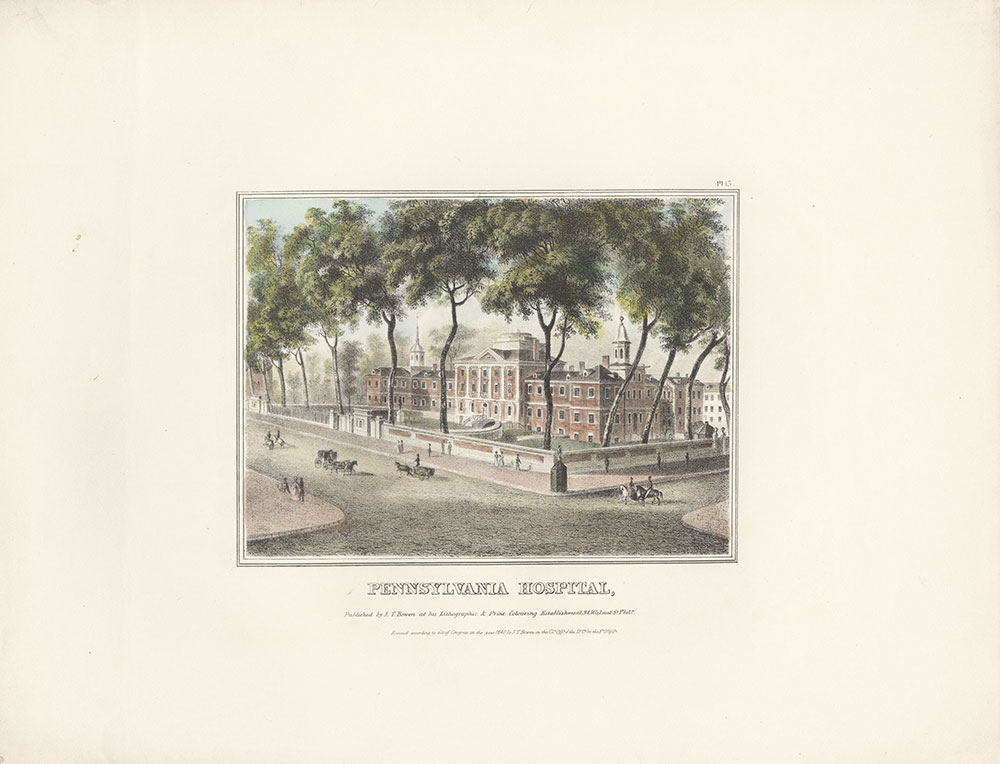 This is one of the best endowed Institutions in America.  The good founder of Philadelphia, William Penn, gave a large lot of land to it, which rose, in a succession of years, so richly in value, as to render the Institution, with its other vast resources, very bountifully provided for.
...Connected to the Hospital, is an Asylum for the Insane, a Lying-in Hospital for married women; a Surgical department; and a large and elegant Library.  Strangers almost always visit the Hospital to inspect its excellent apartments - to behold the picture - and obtain a fine view, which is always afforded from its top, of the city and its environs.
-Ezra Holden, Views of Philadelphia and Its Vicinity, 1838