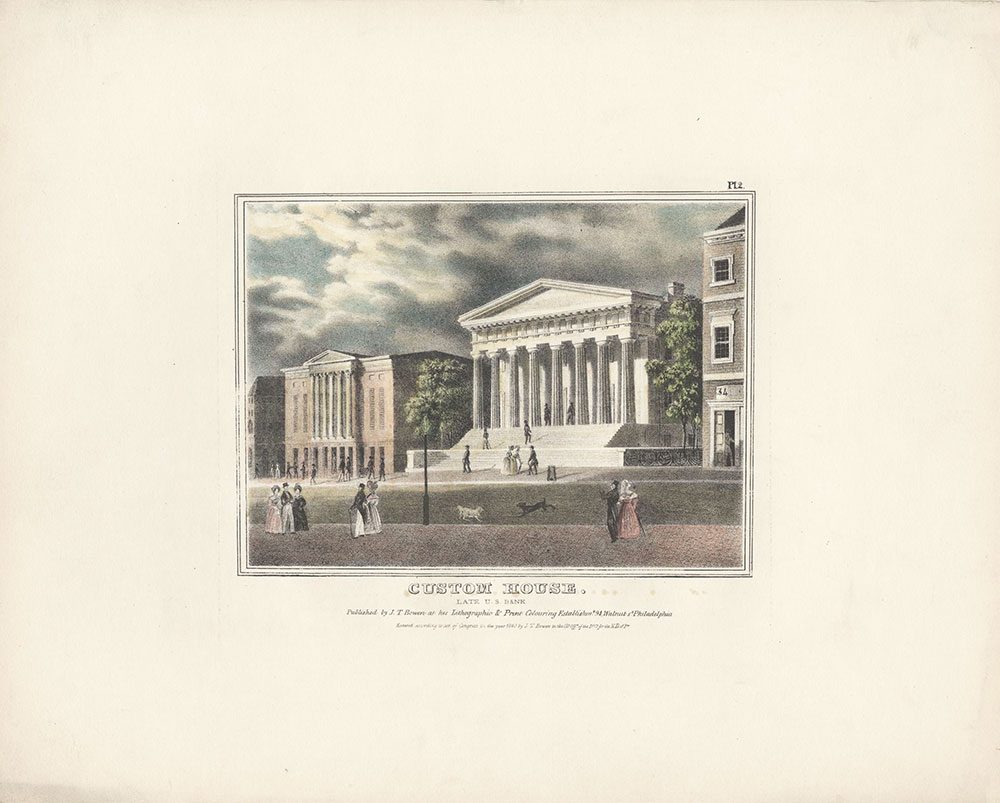 In the earlier editions of Views of Philadelphia this building is called The United States Bank, Chestnut Street.

Of Penn's fair city thou the pride!
In grandeur rear'st thy classic form,
Firm as the mountain's base to 'bide
The peltings of earth's fiercest storm.

A sculptur'd rock by man hewn down;
A marble hill, all shap'd anew; -
Bold monument of wide renown,
Admir'd the wondering nation through.

See Prudence here, with frugal hand,
Her surplus stores safe treasure up,
Where Industry may free command,
And quaff from Plenty's flowing cup.

Within thine adamantine cells,
By art and handy-craft array'd, -
Of life the sweet enchanter dwells,
The soul of Commerce and of Trade.

-Andrew McMakin, Views of Philadelphia and Its Vicinity, 1838