Panorama of Philadelphia, from the State House Steeple. North 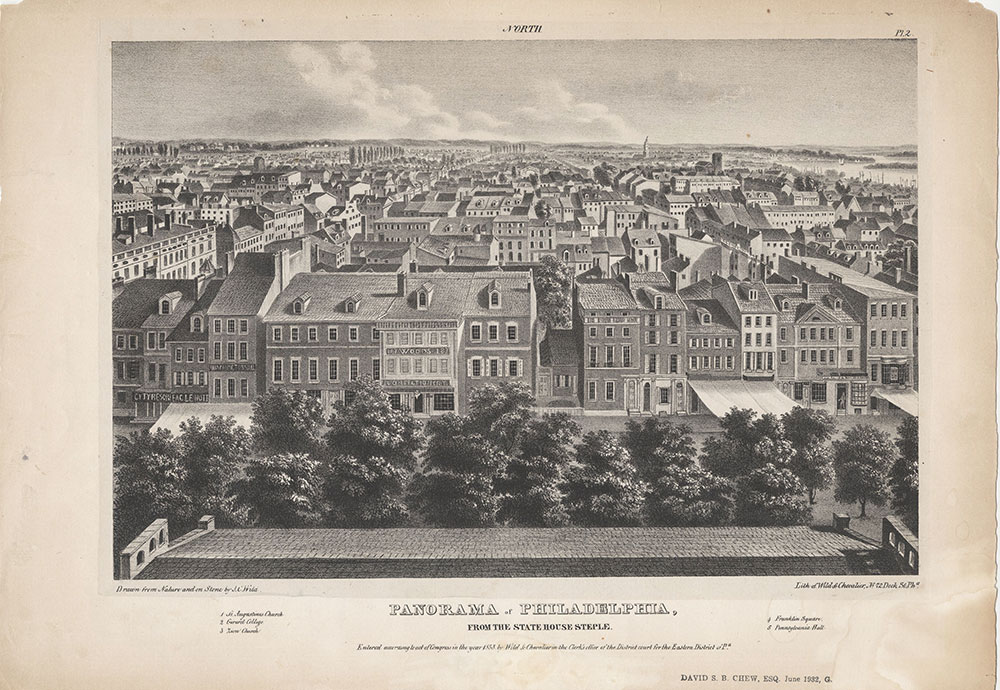 Also seen are the Eagle Hotel, Washington Hall, and the Woods Confectionery.