Panorama of Philadelphia, from the State House Steeple. South 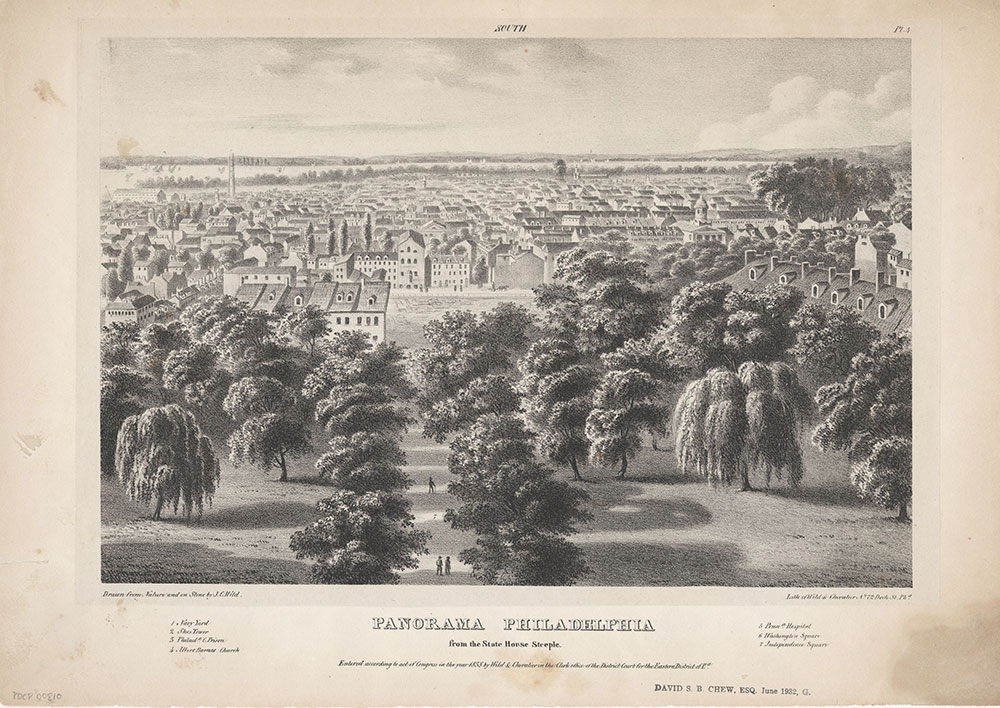 Drawn from Nature and on Stone by J. C. Wild.