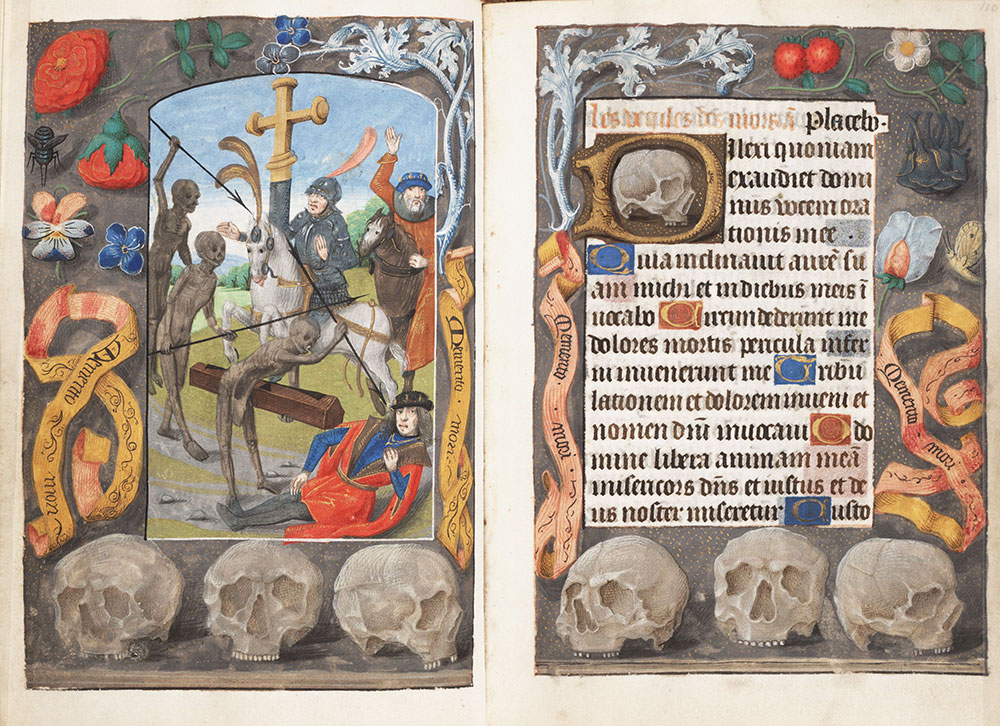 Item No: mca1081090
Additional Title: Book of Hours, use of Rome
Script: Gothic bookhand
Language: Latin
Folio Number: ff. 109v-110r
Source: Rare Book Department
Notes: Opening with the Three Living and the Three Dead
Notes: This opening begins the Office of the Dead, which consisted of prayers to aid souls through Purgatory. The miniature is painted by a Bruges artist known as the Master of Edward IV for a manuscript he illuminated for the English king. The subject of the miniature, the Three Living and the Three Dead, is a reminder that death comes to all. Here, a young man, a middle-aged man, and an old man are confronted by three corpses. According to the popular legend, the corpses say to them: "We were once as you are now, and what we are, you soon will be." The scrolls inscribed "Memento mori" (Remember death) and the skulls in the grey borders underscore the moral of the story.
Sirsi Catalog Key: 1457702
Country: Country:Belgium
City/Town/Township:Bruges 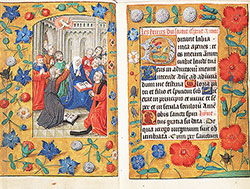 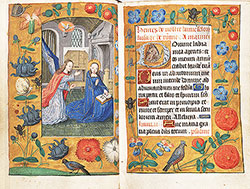 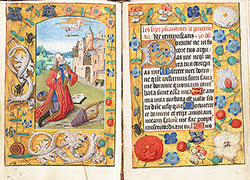 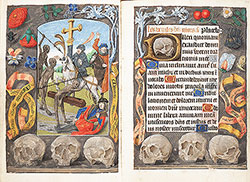 Master of Edward IV - Artist. (1499). Book of Hours, use of Rome. Retrieved from https://libwww.freelibrary.org/digital/item/5673