Rocky Statue Back at Museum 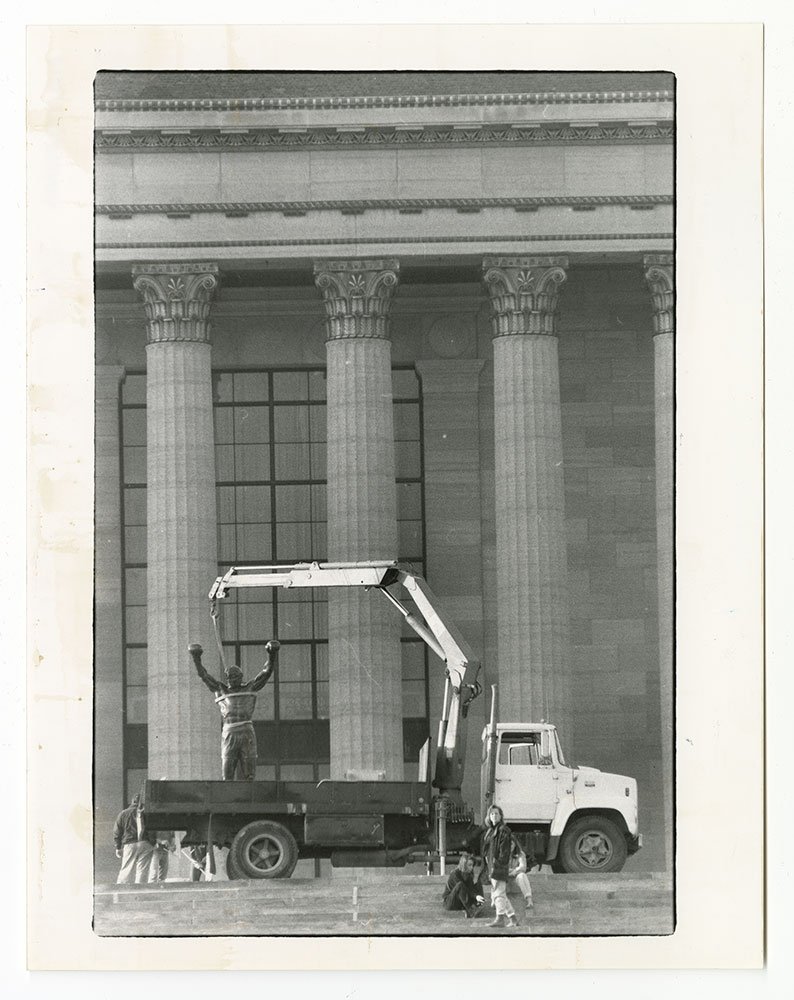 This 1990 photograph, by the Philadelphia Inquirer's Greg Lanier, is accompanied by the following notes:

"The Rocky Statue donated by Sylvester Stallone from the movie Rocky III has been moved, once again, to the front steps of the Philadelphia Art Museum. [It] is to be used again for the movies, this time Rocky V.  The Rocky Statue held in place at the top of the museum stairs while the masonary work is done by Brent Carpin of W. Cantono, masonary contractors."

After originally being placed atop the Art Museum steps for "Rocky III" (1982), it was moved a few months later to the front of the Spectrum sports arena, where it stayed until 2006, only being brought back briefly to the Art Museum for movies in 1987 ("Mannequin"), 1990 ("Rocky V", as described above), and 1994 ("Philadelphia").  In 2006, the statue was moved permanently to a place next to the bottom of the Art Museum steps.