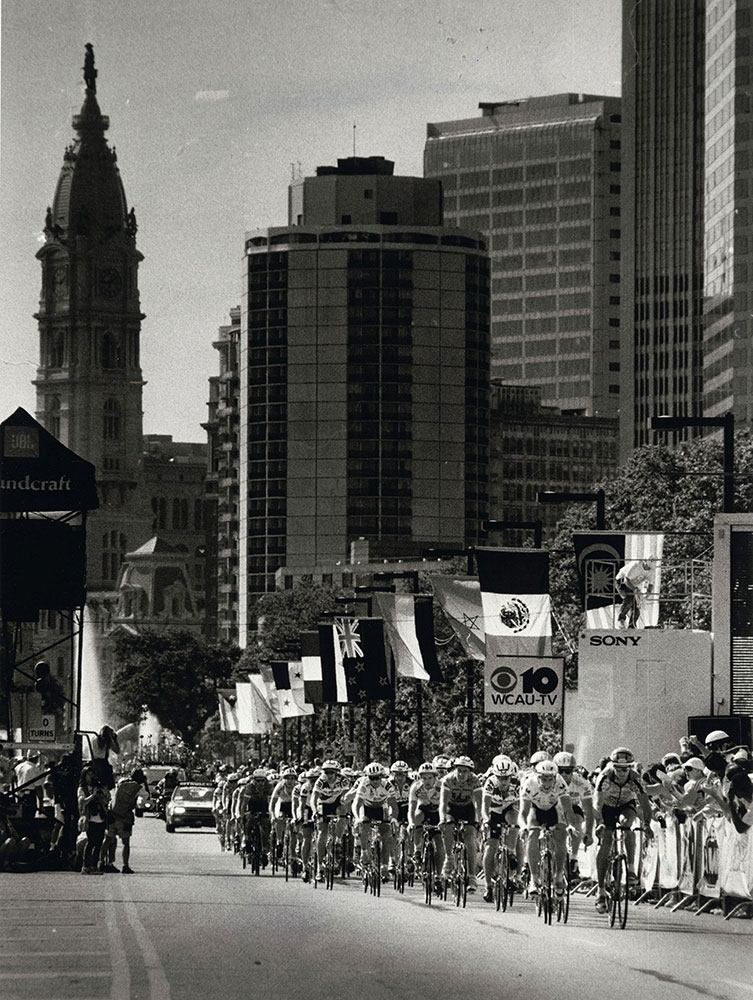 The CoreStates bike race, also nicknamed the Manayunk race (and after numerous renamings, it is now called the Philadelphia International Cycling Classic), is a 12.3-mile circuit that winds through Manayunk, East Falls, Fairmount Park, and Kelly Drive.  The race has been run for varying numbers of laps, but is one of the longest single-day races in the U.S.

From its beginning in 1985 until 1998, it was sponsored by CoreStates Bank, and this photograph was taken during that period.  The participants are cycling on the Benjamin Franklin Parkway, with City Hall in the background.