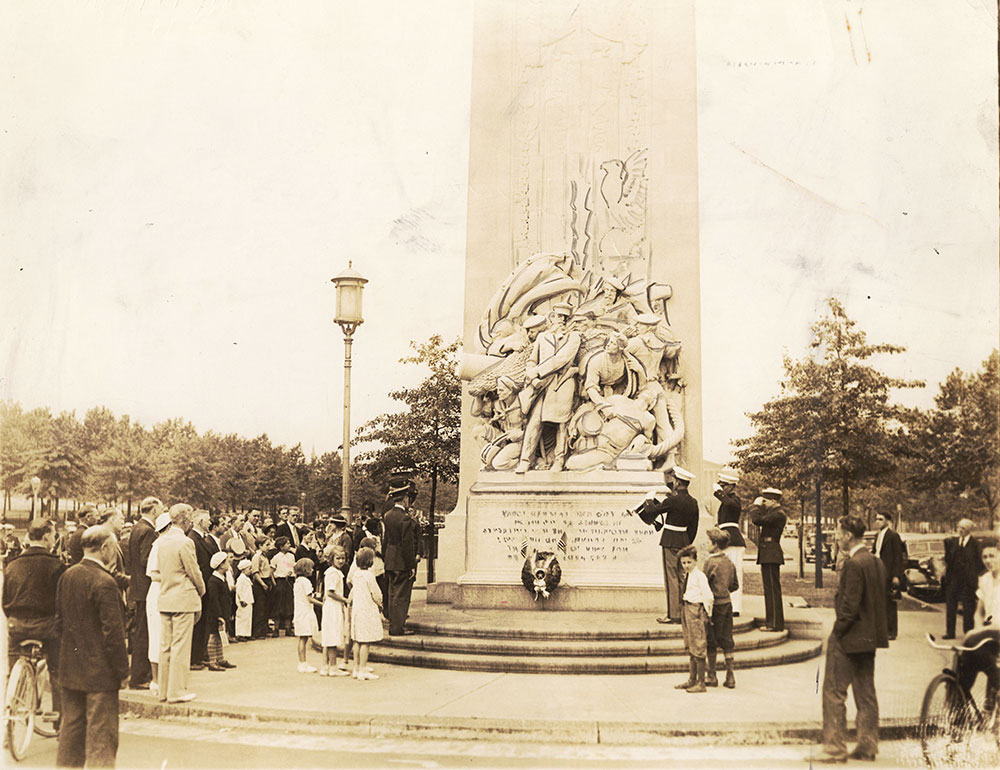 This 1935 photograph shows a Center City parade, in which veterans' organizations, sons of veterans and members of the United States Marine Corps took part.  They halted its march at 20th Street & the Parkway, to place a wreath on the Civil War Soldiers and Sailors Monument.  The monument, which straddles the Benjamin Franklin Parkway, is a pair of rectangular granite pylons, decorated with marble sculptures.  Originally installed in 1921, they were moved 150 feet towards the Art Museum in 1955, to allow for the building of the Vine Street Expressway.

The inscription at the base (seen in reverse in this print) reads:  "All who have labored today in behalf of the Union have wrought for the best interests of the country and the world not only for the present but for all future ages"