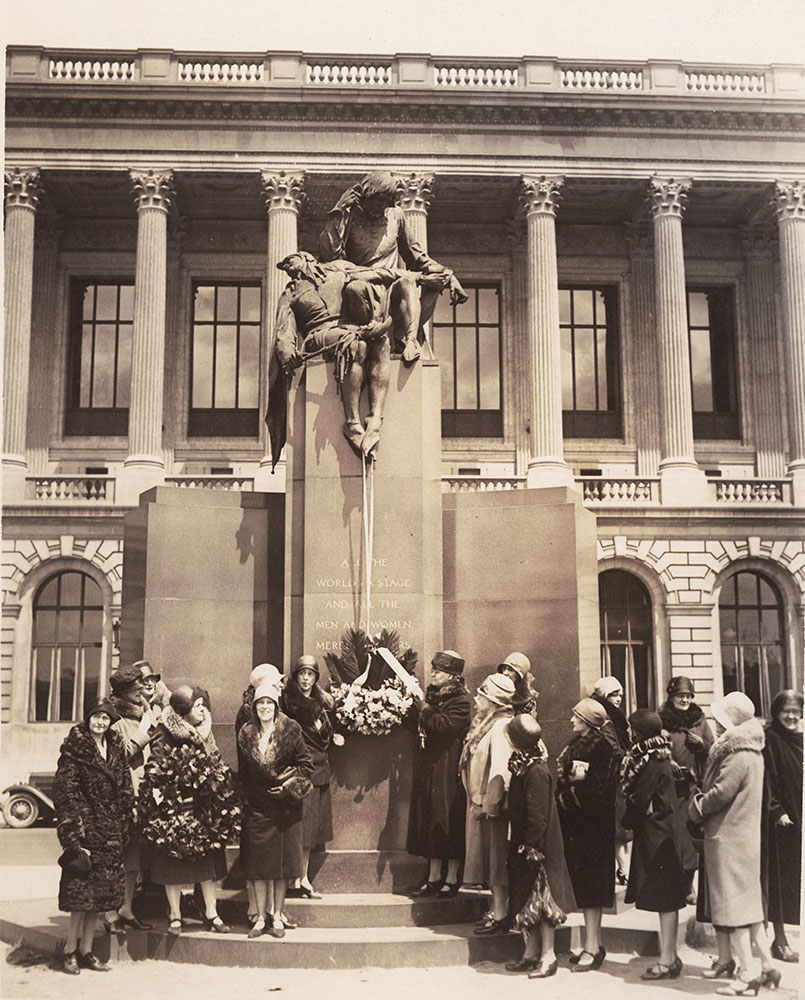 The Shakespeare Memorial monument was created in 1926 (installed in 1928), by Alexander Stirling Calder.  It depicts figures of comedy (a jester) and tragedy (Hamlet). The inscription is the familiar quote from "As You Like It":  "All the world's a stage and all the men and women merely players"  Originally located in front the Parkway Central Library (seen in the background), it was moved in 1953 to its present location in Shakespeare Park, on the Benjamin Franklin Parkway, just northwest of Logan Square.