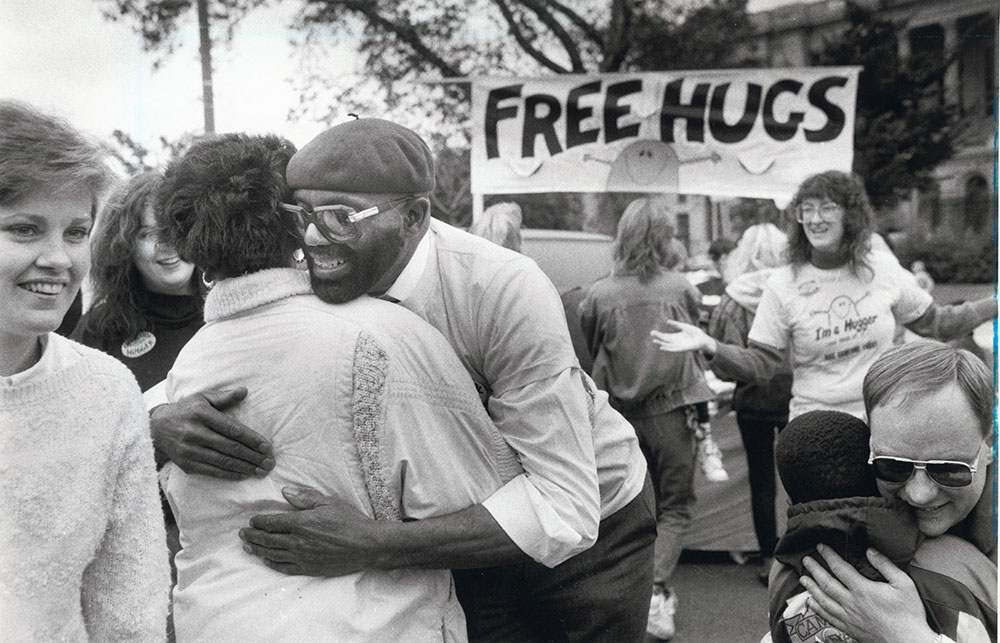 This is a photograph taken by Philadelphia Inquirer photographer Rebecca Barger, on Super Sunday on the Parkway, October 8, 1989.  The caption for the picture, as it appeared in the newspaper, read:

Billed as "a giant block party," and held on the second Sunday of October, the Super Sunday events occupied the Benjamin Franklin Parkway, from the Art Museum to Logan Circle--it was a large-scale celebration of ethnic and cultural Philadelphia.