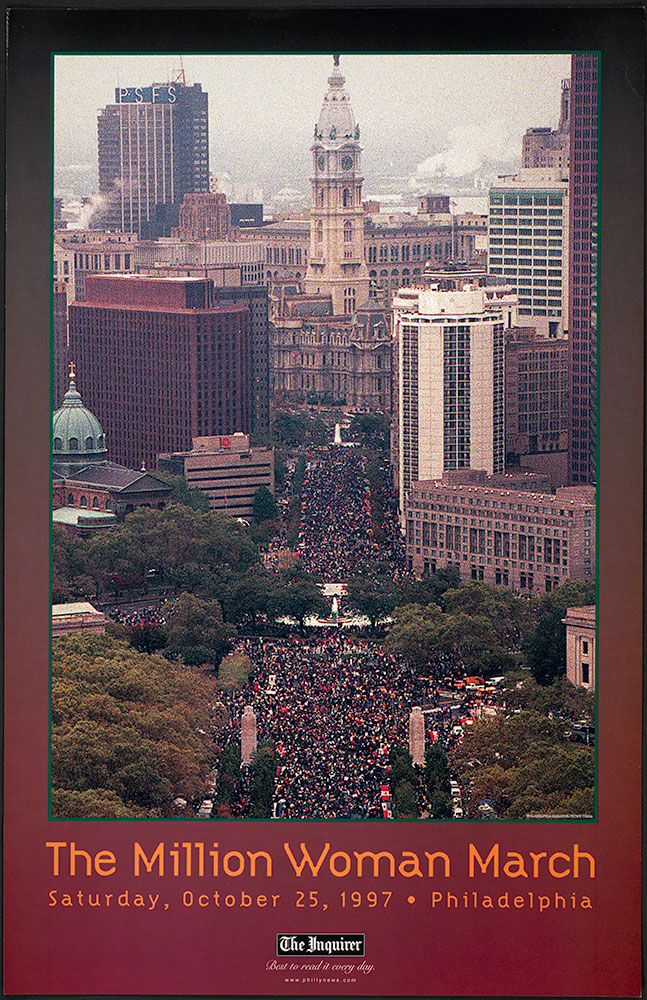 This is a poster for The Million Woman March, held in Philadelphia on October 25, 1997.  The photo for the poster was taken by Philadelphia Inquirer photographer Peter Tobia.  The overall mission of the march was to shed light on the lives, challenges, and goals of African-American women--including specific issues such as self-determination, unity of the family, and health and economic inequalities.

The march started at the Liberty Bell pavilion, and ended at the steps of the Philadelphia Art Museum.  In this image, you can see the throngs of marchers (totals estimated between 500,000 - 1 million) on the Benjamin Franklin Parkway, extending from City Hall in the background, to 21st Street at the bottom, with Logan Circle in the center.  To the left of the circle can be seen the Cathedral Basilica of Saints Peter and Paul.