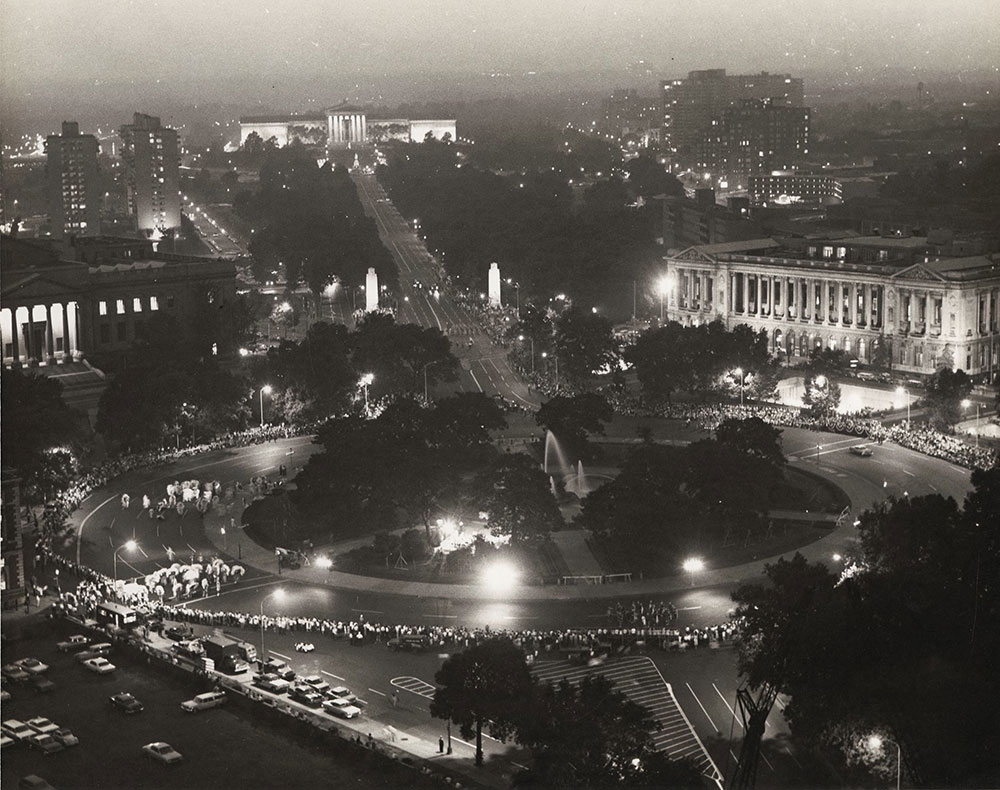 This 1964 aerial view of the Benjamin Franklin Parkway in the evening shows a gathering and parade, centered around Logan Circle, and complete with a festooned grandstand on the right and costumed groups of paraders (Mummers?) on the left.  Given that the date of the photograph is July 1, this was probably a kick-off event for the 4th of July weekend.