Photograph of the Parkway in course of construction 1919 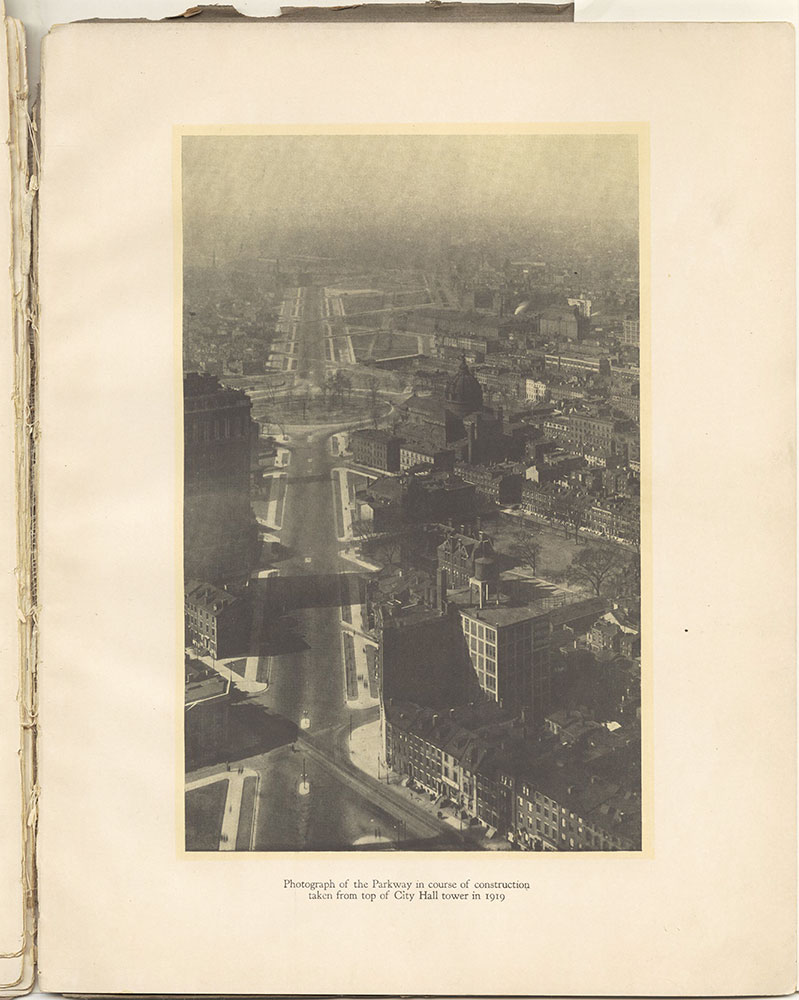 This image is a page from the book: The Fairmount Parkway : a pictorial record of development from its first incorporation in the city plan in 1904 to the completion of the main drive from City Hall to Fairmount Park in 1919 ... / Fairmount Park Art Association. Philadelphia, 1919.

The photograph is a 1919 aerial view of the Parkway-in-progress, taken from the top of City Hall.  One of the most significant buildings spared by the construction is the Cathedral Basilica of SS Peter & Paul, its prominent dome still highlighting the urban landscape of the evolving Parkway.  To see the same view in 1907, prior to the construction of the Parkway, see item #pdcp01056.