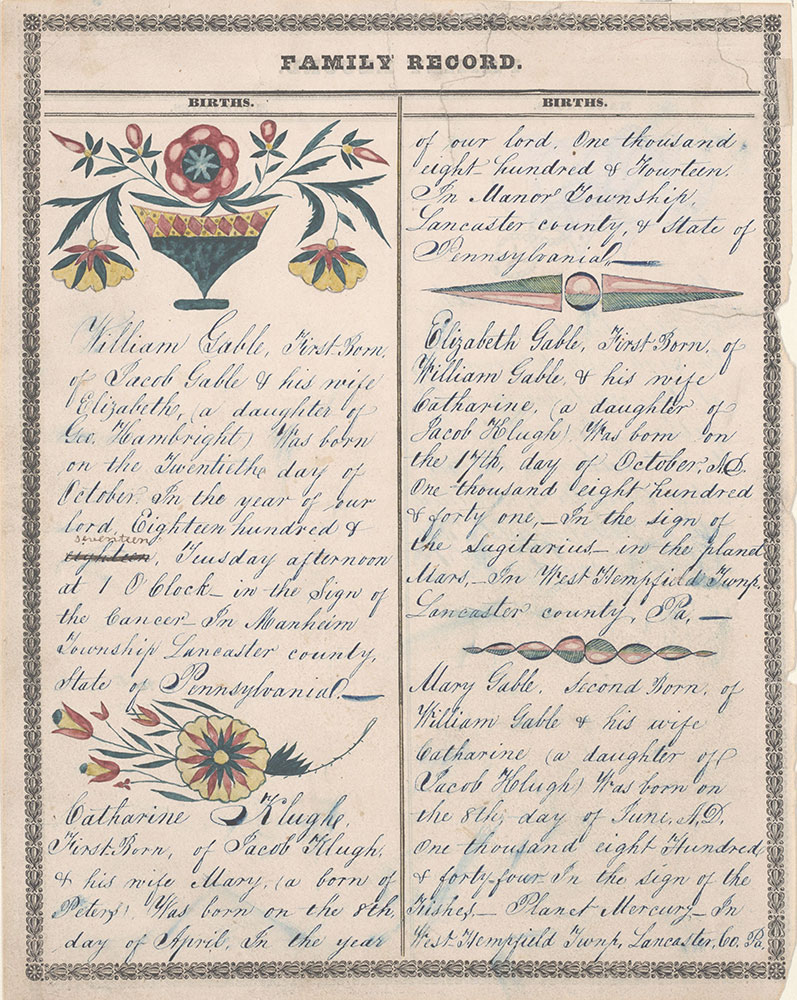 [left column]
BIRTHS.
William Gable, First Born, \ of Jacob Gable & his wife \ Elizabeth, (a daughter of \ Geo. Hambright) Was born \ on the Twentieth day of \ October. In the year of our \ lord, Eighteen hundred & \ eighteen seventeen, Thursday afternoon \ at 1 O’Clock in the Sign of \ the Cancer. In Manheim \ Township Lancaster county, \ State of Pennsylvania.
Catharina Klugh, \ Firstborn of Jacob Klugh, \ & his wife Mary, (a born of \ Peters) Was born on the 8th, \ day of April, In the year

Hand-drawn; hand-colored; hand-lettered; printed form. The main text in Roman script fills two columns on the front (recording births) and part of one column on the reverse (recording marriages). The areas between the entries are decorated with various drawings. Above the first entry is a vase with several flowers. Above the second entry is a flower. The next two entries are topped by decorative elements. The entire document is framed by a decorative border. This family record was apparently removed from a bible. For a record of the reverse, see FLP 1028v. 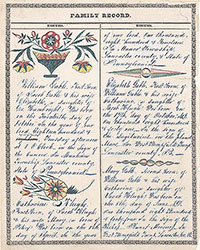 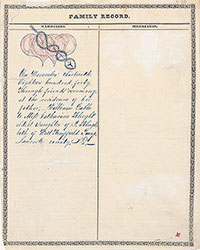