Vivian Shirley on top of the Drake Hotel (under construction) 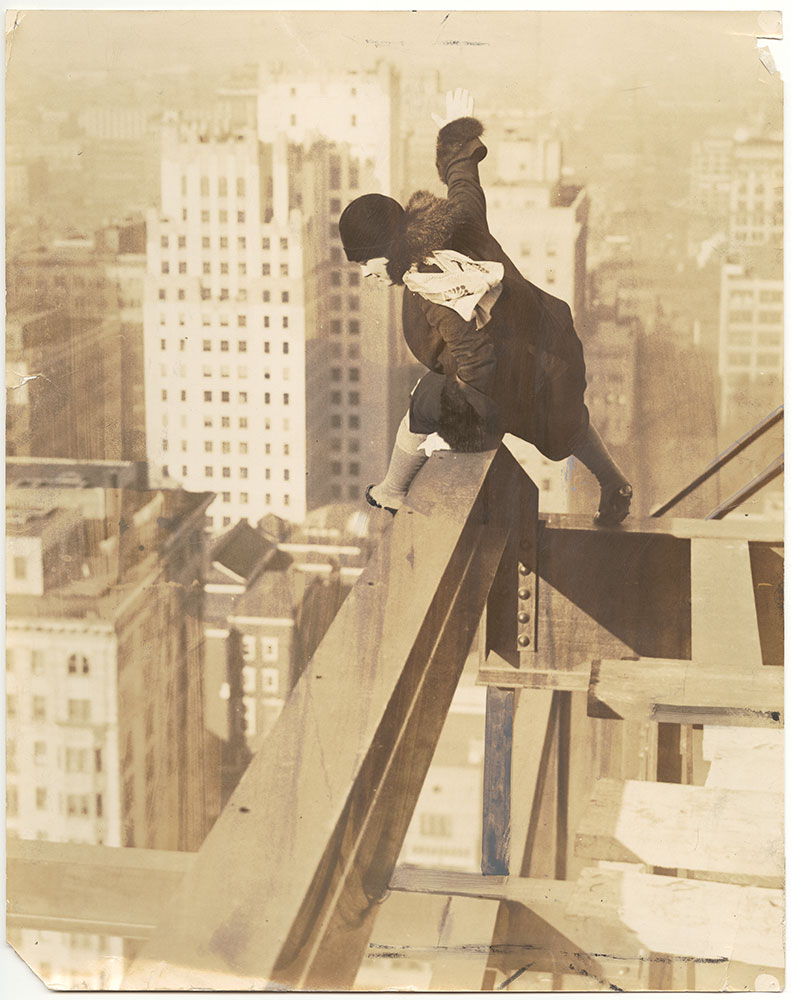 The caption for this 1929 photograph in the Ledger reads:  "THAT'S PHILADELPHIA ALL RIGHT!  Here we have Miss Vivian Shirley at the very top of Philadelphia's tallest apartment house, the Drake, at 15th and Spruce Streets, gazing downward and outward for a bird's-eye view of the city."  Of course, the Drake was still under construction at the time, and "the very top" only consisted of mere girders to stand on!

It should be noted that in 1932, Shirley’s stunts were curtailed by the Ledger, due to concerns that they endangered the paper’s insurance.  Shortly thereafter, in 1933, she married her editor, Harry Nason.  They moved to New York, where he became an editor for the New York Post, and she free-lanced and did radio spots for a decade or so.  Shirley died in 1987, at the age of 89, her name appearing in an obituary as Vivian Hinternhoff.