Vivian Shirley standing atop the Tacony-Palmyra Bridge (under construction) 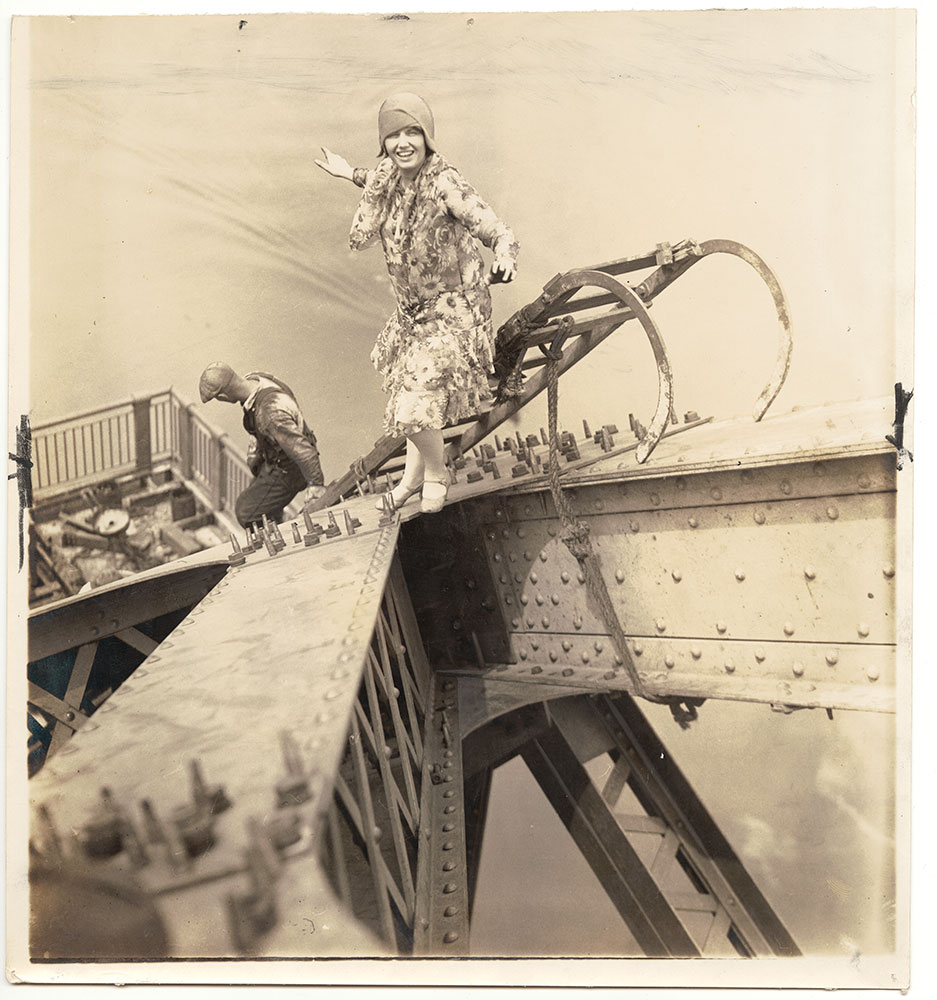 Born Elizabeth Malcolm, in 1898, in Lynchburg, VA, this intrepid “stunt reporter” went by the name of Vivian Shirley, when reporting for Philadelphia’s Evening Public Ledger, from the late-1920s until 1933.  Her student degrees from Longwood University (Farmville, VA) and the University of South Carolina prepared her for an academic and literary career, and she did teach and publish poetry and other writings; but she became popular for her adventurous reporting in the Ledger, willing to try anything to make a story interesting.  This 1929 photograph in the Ledger shows Shirley climbing the Tacony-Palmyra Bridge, still under construction.