Vivian Shirley, driving a rivet on the Tacony-Palmyra Bridge (under construction) 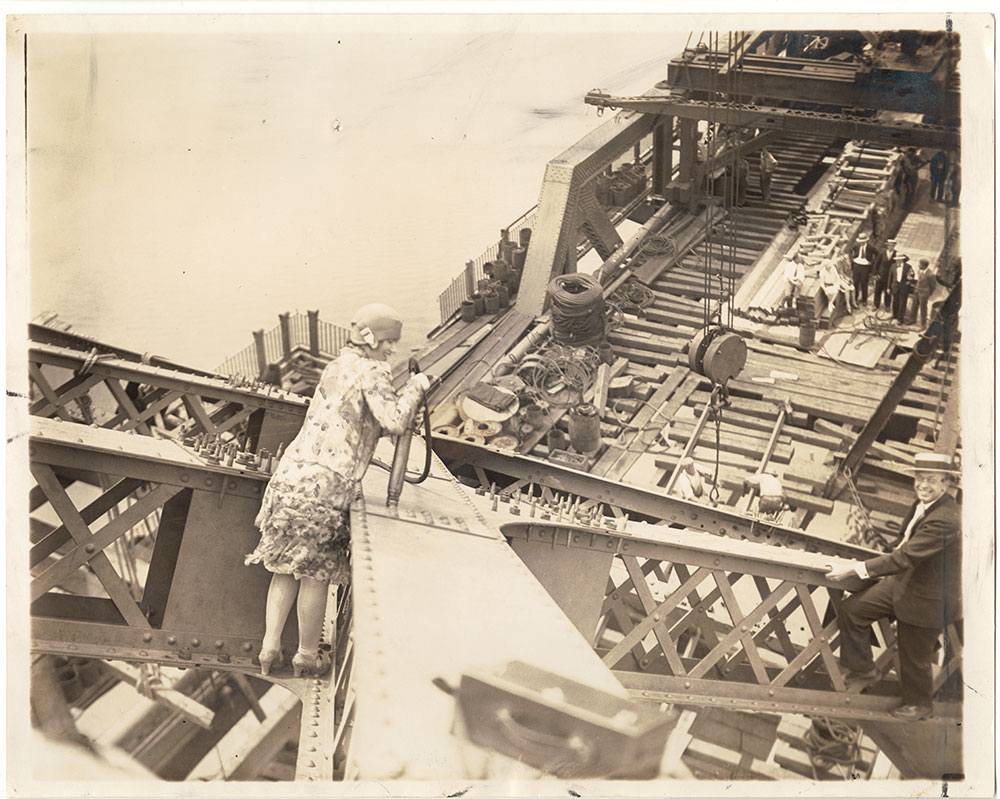 The caption for this 1929 photograph in the Ledger reads:  "FROM ONE STATE TO ANOTHER--that's the new Palmyra-Tacony Bridge.  And Miss Vivian Shirley helped hasten its completion by driving rivet in span, which will give motorists, when completed, another route from Philadelphia to Atlantic City."