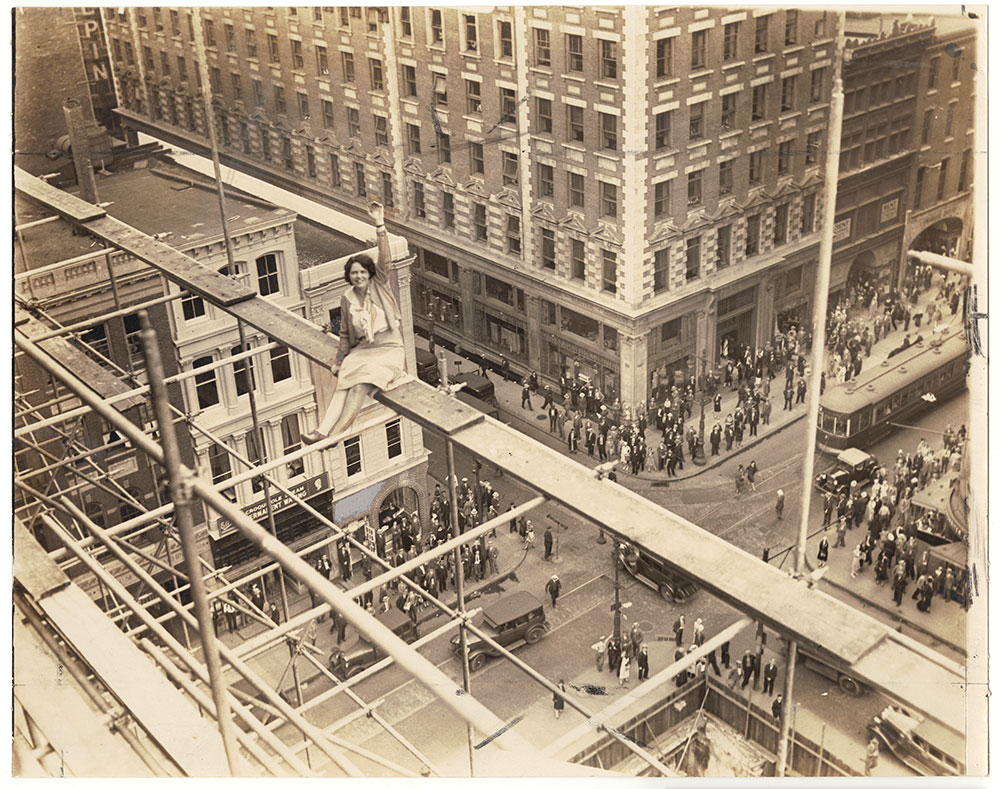 The caption for this 1929 photograph in the Ledger reads:  “VIVIAN SHIRLEY IN ONE OF HER RESTFUL MOMENTS!  After reaching the top of the metal scaffolding on the Federal Reserve Bank, 10th and Chestnut Streets, she took her stroll on this plank 150 feet above the street and then decided to rest a bit before walking back."

This building, by the way, was added to the National Register of Historic Places in 1979, and is now part of the Center City campus of the Thomas Jefferson University Hospital.  The Philadelphia Fed moved to 10 N. Independence Mall West (N. 6th Street) at Arch Street.