A View of Lemon Hill the Seat of Henry Pratt, Esq. 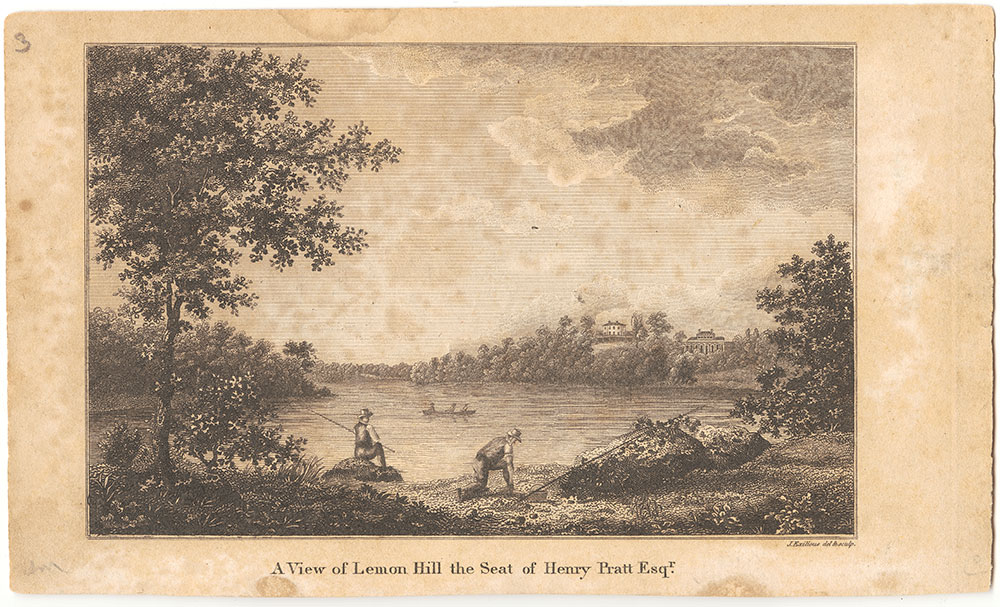 This 1813 engraving, by John G. Exilious, depicts a scene along the Schuylkill River, with people fishing and boating in the foreground, and Lemon Hill Mansion in the background.

Lemon Hill was a summer mansion built by Philadelphia merchant Henry Pratt, ca. 1800.  The house and greenhouse were built on a bluff overlooking the Schuylkill River (just above where Boathouse Row was later built).

Note:  Fairmount Park grew out of the Lemon Hill Estate lands, bought by the city in 1844 and dedicated to the public in 1855.  The mansion was added to the National Registry of Historic Places in 1972.