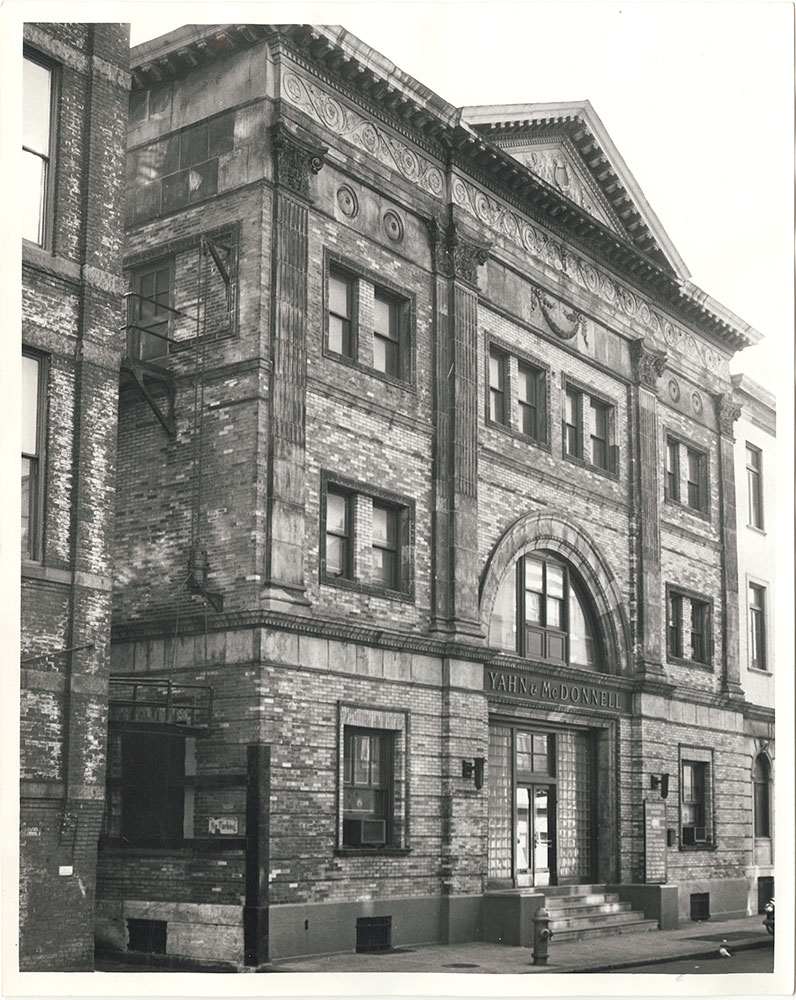 The Musical Fund Hall was opened in 1824, having been converted from a church into Philadelphia's largest concert and lecture venue at the time.  The Musical Fund Hall's illustrious history is noted for the many famous lecturers and performers it hosted, as well as the first Republican National Convention in 1856.

With the opening of the Academy of Music in 1857, the Musical Fund Hall gradually lost its premier status for those kinds of events, becoming, over time, a sports arena, a warehouse, and then abandoned from 1964-1982, when it was redeveloped for residential use.  At the time this 1964 photograph was taken, the building had been owned since 1945 by the tobacco company Yahn & McDonnell, and it was used as a cigar warehouse.

The building was listed in the National Register of Historic Places in 1971, and given National Historic Landmark status in 1974.  When it was converted to condominiums, it lost its historic landmark status, but retains its place in the NRHP.