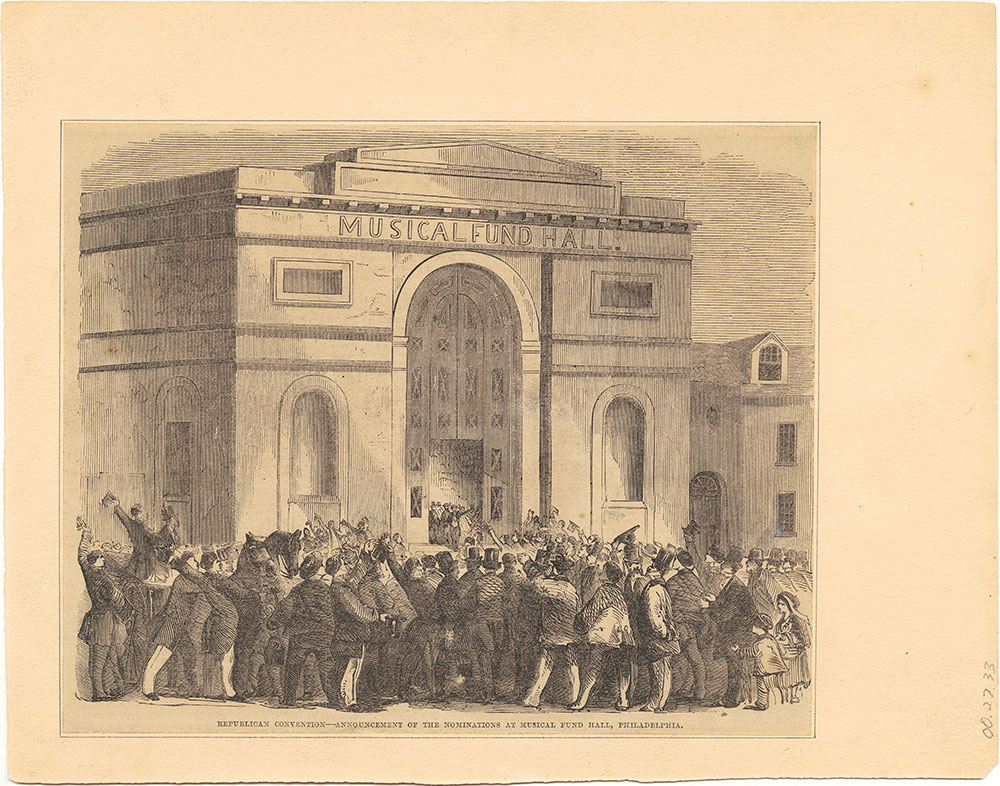 The Musical Fund Hall was opened in 1824, having been converted from a church into Philadelphia's largest concert and lecture venue at the time.  The Musical Fund Hall's illustrious history is noted for the many famous lecturers and performers it hosted, as well as the first Republican National Convention in 1856, as depicterd in this newspaper illustration.