The "Proposed" New Homes for the Poor of Philadelphia 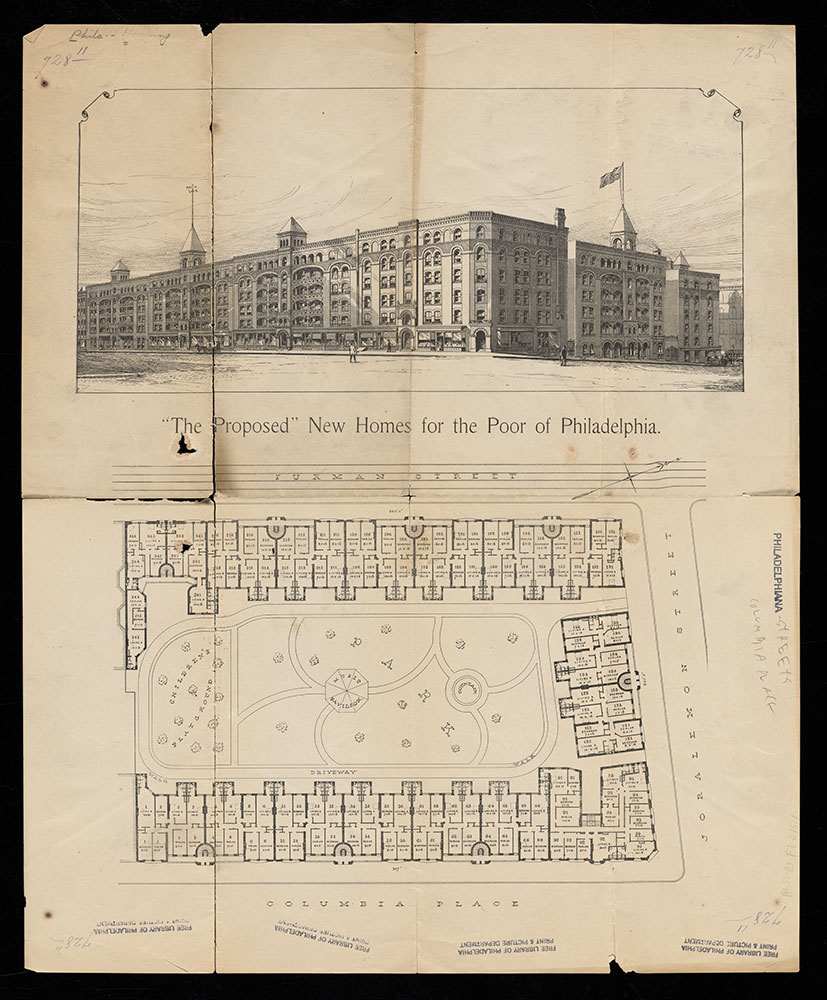 This image shows an illustration and floor plan for the Riverside Buildings, in Brooklyn Heights, Brooklyn, NY.  They were built in 1890 by urban reformer/philanthropist Alfred T. White, as low-cost housing for New York's working poor.  As the text of this image states, the plans were considered as a possible model for public housing for poor families in Philadelphia.  Apparently, the proposal for this particular design must have been rejected, as these buildings were not built in Philadelphia.

Although this image is undated, it is possible that this proposal was considered after Mr. White appeared as a guest panelist at a National Housing Association conference, held in Philadelphia in December, 1912.  Since one of the the topics the conference dealt with was question of providing better housing conditions for poor workingmen, White's Riverside Buildings plans may have prompted some interest.

The "Proposed" New Homes for the Poor of Philadelphia. [Engravings]. Retrieved from https://libwww.freelibrary.org/digital/item/66067