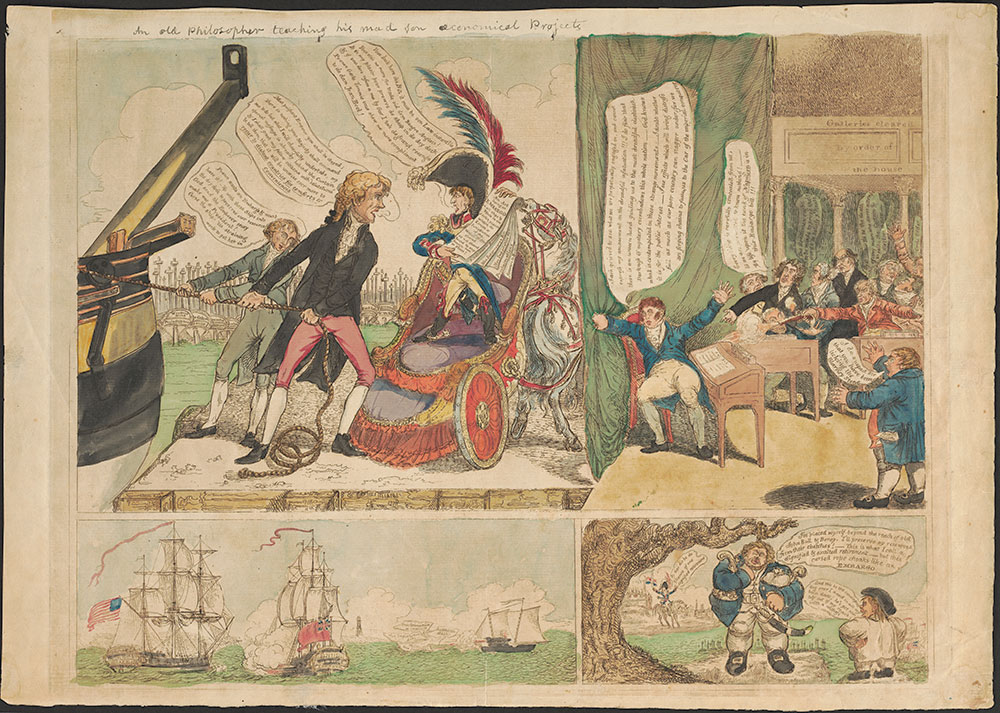 James Akin depicts the bitter divisions within the United States ensuing from the Embargo Act of 1807, enacted by the U. S. Congress against Great Britain and France during the Napoleonic Wars. The warring nations violated American neutrality by plundering American merchant ships, and in the case of the British Royal Navy, forcing American seamen into service on their warships. Lower left shows the British man-of-war Leopard attacking the American naval frigate Chesapeake; an American ship retaliates with trade restrictions against Great Britain. Above left shows Thomas Jefferson and his secretary of state, James Madison, haul a ship. Madison is saying: "France wants an Embargo & must have it! Up with these Ships into the dry dock to preserve our resources." Top right shows bitter divisions in Congress, with one member complaining: "Everything is carefully concealed from us....My life upon it the hand of Napolean is in this Embargo bill." At the lower right an American is shown with a noose around his neck: "I've placed myself beyond the reach of old John Bull & Boney."