The Circumcision in the Stable 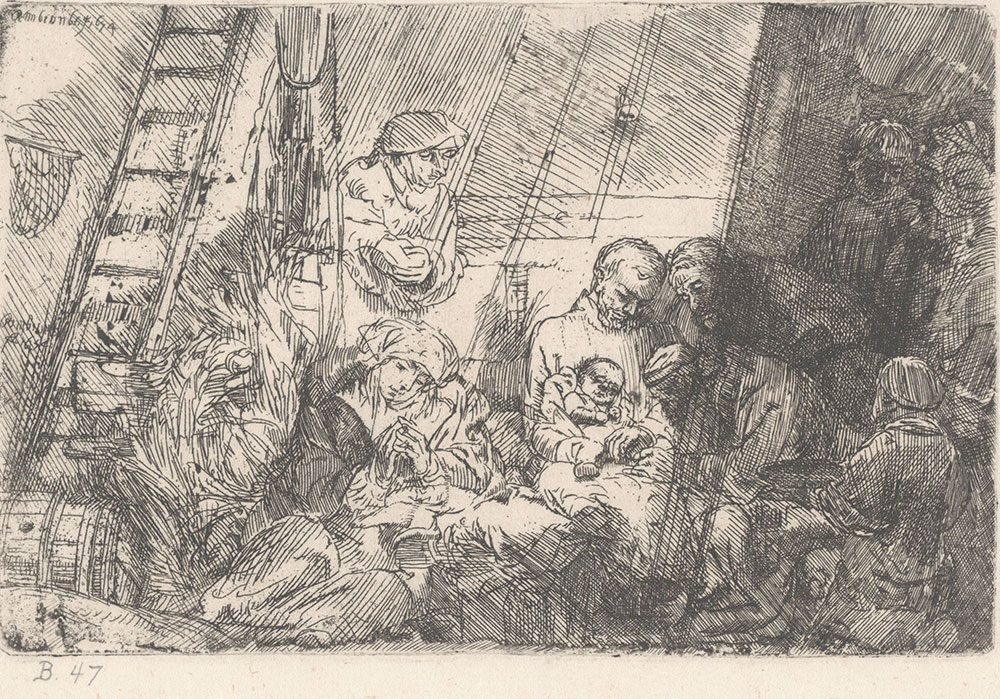 "And when eight days were accomplished for the circumcising of the child, his name was called Jesus, which was so named of the angel before he was conceived in the womb."  Luke. 2:21

This print was part of an outstanding cycle of six prints by Rembrandt representing the childhood of Jesus.  The five other prints in the cycle included the Adoration of the Shepherds, The Flight into Egypt, The Holy Family, Twelve-year old Jesus in the Temple, and Jesus Returns from the Temple with His Parents.

Here the scene takes place in the stable at Bethlehem; the Christ child is in Joseph's lap and his mother Mary sits next to Joseph with her hands folded.

Between 1646 and 1654 when this print was made, Rembrandt realized that correct biblical interpretation would not allow for the circumcision to be shown in the temple in Mary's presence as it had been pictured during the Middle Ages.  He had made an earlier version of this subject in which the event occurred in the temple.

Matting has B.47 written on it in pencil.