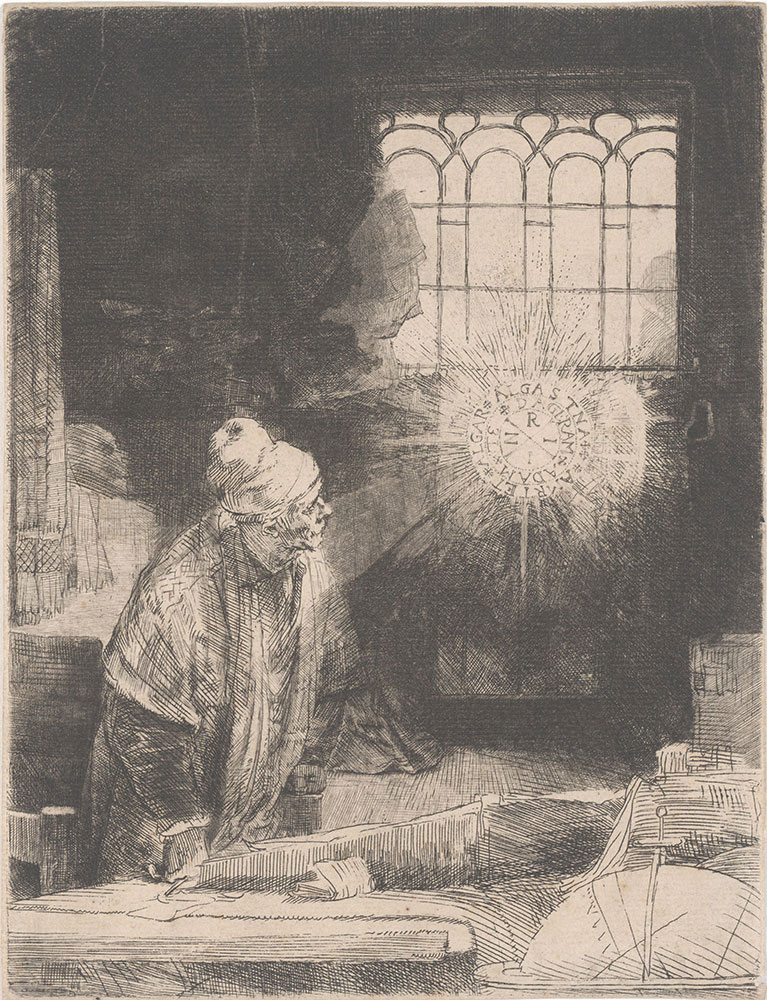 Item No: facp00004
Title: "Faust" in his Study Watching a Magic Disc or A Scholar in his Study
Physical Description: with drypoint and engraving?
Media Type: Etchings
Source: Print and Picture Collection
Notes:

In this print, we see an individual who has the attributes of a scholar (i.e. pen in hand, leaning on a table with a writing slope, papers and books around himself, an astrolabe in the room at the lower right) gazing upon an apparitiion that is surrounded by clouds.  The apparition itself includes a set of discernible hands holding a mirror.  The right hand points to it.  A disc surrounded by radiating light is reflected in the mirror at an angle.  The disc includes an indecipherable anagram as well as INRI, the abbreviation of the inscription placed over Jesus Christ's head during his crucifixion.

The subject matter of this print has been interpreted variously.  Some interpretions conclude:

1.) This is a representation of a practicing alchemist;

2.)  This it a representation of the literary character, Doctor Faustus, who obsevered an angel in the form of an apparition in his study;

3.)  This is a representation of the founder of the Socinian sect, Faustus Socinus;

4.)  This is a representation of an allegory of faith; references to a Letter of St. Paul to the Corinthians are cited (1 Corinthians 13, v. 12).