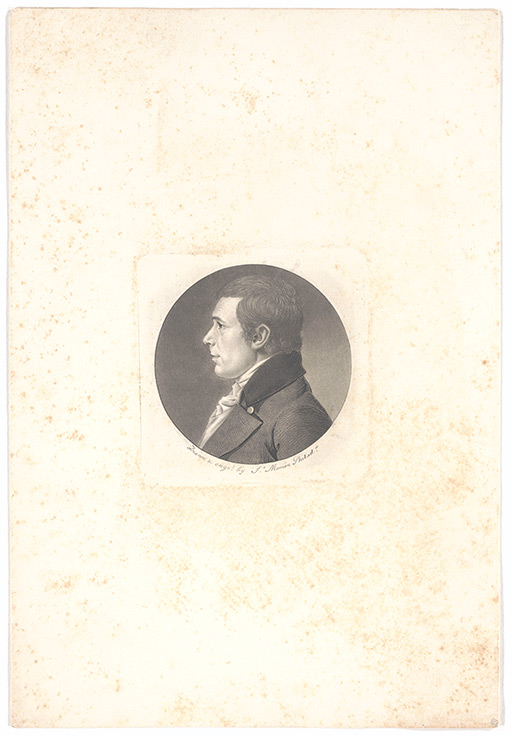 French painter and printmaker, active in the United States;

Inscription on plate: Drawn and engrd: by St. Mémin Philad.;

Duponceau came to America from France in 1777 to serve as Baron Friedrich von Steuben's aide de camp during the American Revolution.  After the war, he moved to Philadelphia, where he would settle for the remainder of his life.  He became a leading authority on international and constitutional law as well as an expert on the indigenous languages of the American Indians.  DuPonceau joined the American Philosophical Society in 1791 and served as its president of it from 1828.  In 1832, he nominated Saint Mémin for membership in the Pennsylvania Academy of the Fine Arts, the oldest art museum and school in the United States.