Early Americas: A New Found Land
Discovery and early settlement of the Americas. 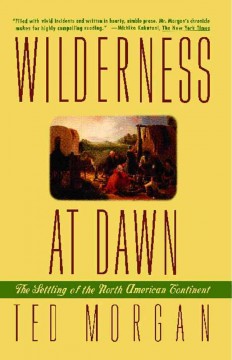 Wilderness at Dawn by Morgan, Ted

Notes: This combination of history, research, and storytelling presents the collective biography of the ordinary people who tamed this rugged continent and formed our nation.
ISBN: 0671882376
Publisher: Simon & Shuster
Callnumber: 970 M823W2 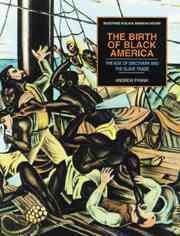 The Birth of Black America by Frank, Andrew K.

Notes: A history of early exploration in the Americas and Africa, and an examination of the slave trade that followed.
ISBN: 0791022579
Publisher: Chelsea House
Published: 1996
Callnumber: 380.144 F851B 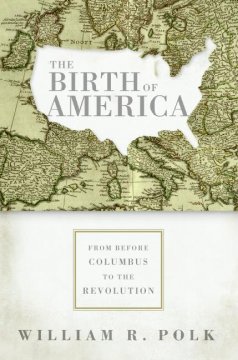 The Birth of America: From Before Columbus to the Revolution by Polk, William R.

Notes: Looking west, the people of the gentle Mediterranean saw the Atlantic as the great unknown, obscured by storm cloud, without welcoming shores, and given to violence. Their ships were too light to withstand its waves; their navigation instruments were baffled by its immensity; their experience stopped short of its rocks and reefs. So fearful were they of losing touch with land that they coined for us the concept of being "disoriented."
ISBN: 0060750901
Publisher: New York : Harper Collins
Published: 2006
Callnumber: RECENT NON-FICTION 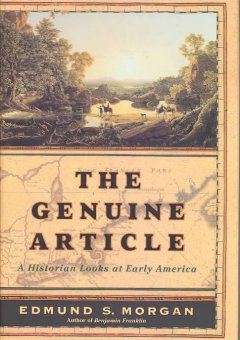 The Genuine Article: a Historian Looks at Early America by Morgan, Edmund Sears 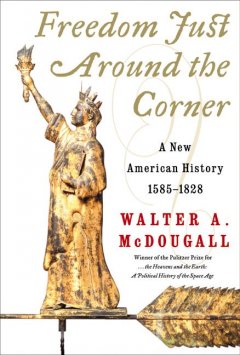 Freedom Just Around the Corner: a New American History, 1585-1828 by McDougall, Walter A. 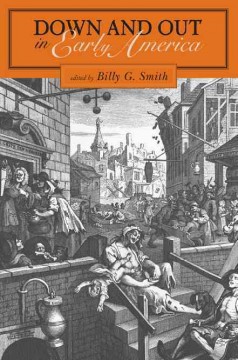 Down and Out in Early America by Smith, Billy Gordon

Notes: It has often been said that early America was the "best poor man's country in the world." After all, wasn't there an abundance of land and a scarcity of laborers? The law of supply and demand would seem to dictate that most early American working people enjoyed high wages and a decent material standard of living. This book presents the evidence for poverty versus plenty and concludes that financial insecurity was a widespread problem that plagued many early Americans.
ISBN: 0271023163
Publisher: University Park, Pa. : Pennsylvania State Universi
Published: 2004
Callnumber: 362.5097 D757A 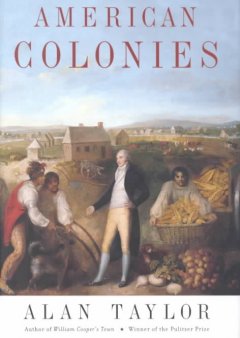 Notes: Taylor examines the complex mix of peoples, events, and influences that shaped the New World. He notes that the intermingling of cultures, people, plants, and animals from different parts of the world was unparalleled in speed and volume, and had devastating consequences for the environment and most of the participants.
ISBN: 0670872822
Publisher: New York : Viking
Published: 2001
Callnumber: 973.2 T212A 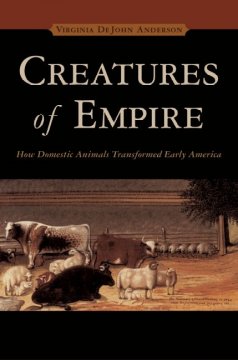 Notes: Virginia Anderson, professor of history at the University of Colorado-Boulder, explores the complex interactions between colonists, Native Americans, and domestic animals, arguing that attention to domestic animals is essential to understanding the process of colonization. Focusing on the attitudes in early America toward animals, Anderson contrasts the attitudes of English colonials and Native Americans, and shows how those differences led to tension and conflict, occasionally driving colonist-Indian relations to the boiling point as in Bacon's Rebellion and King Philip's War.
ISBN: 0195158601
Publisher: Oxford ; New York : Oxford University Press
Published: 2004
Callnumber: 636.0973 AN24C 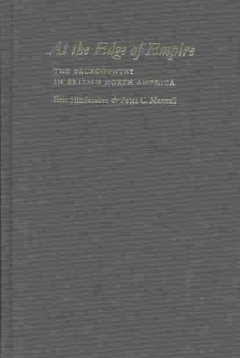 At the Edge of Empire : the Backcountry in British North America by Hinderaker, Eric