Due to an unexpected buildings issue, we have had to modify our expected services. We will be offering materials pick-up each day this week from 10-6 and Friday from 10-5. Please call ahead, 215-685-1473, to schedule a time slot to pick up your holds.  Frankford Library closes after December 2 for extensive renovations. Beginning on Monday, December 5, any outstanding holds will be available for pickup at Northeast Regional Library. 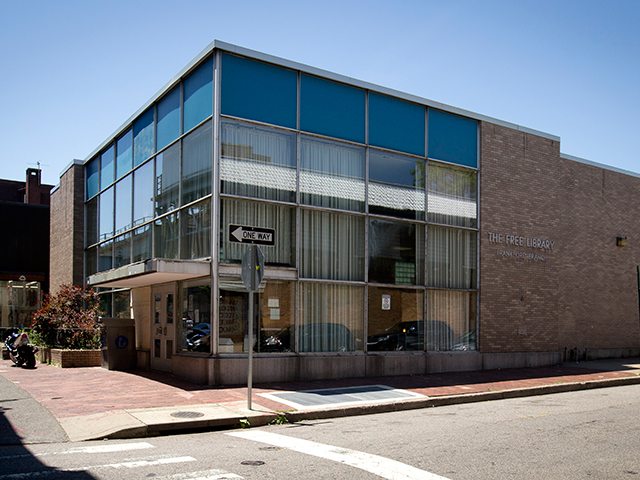 Donate to Frankford Library
Nearby Libraries

Located near the Margaret-Orthodox Station of the Frankford EL, the Frankford Branch serves the communities of Frankford, Northwood, Bridesburg, and part of Juniata Park.

One of the oldest neighborhoods in Philadelphia, Frankford was originally settled by Swedes in 1638, although a Native American village appeared on a map from 1655. Frankford was named for a group of German Pietists, similar to the Quakers, who came from Frankurt, Germany.

The area includes Frankford Avenue, the first legally laid out country road in the Province of Pennsylvania. Initially called the King's Highway, it was traveled by Lafayette and many of the delegates to the Continental Congress. Frankford was part of Oxford Township until 1800, when it withdrew and incorporated as a borough.

During the Civil War, the Library Room was used as a hospital, and in 1900, the library became part of the Free Library. By 1906, a new Carnegie-funded library was opened at Frankford Avenue and Overington Street near the site where the first horse-drawn trolleys were built.

The current library has undergone two major renovations. In 1959, the library was remodeled inside and out, replacing the neo-classic building with a modern structure of steel and glass. Finally, in 1997 the library was renovated as part of the "Changing Lives" campaign, which refurbished branches and brought Internet access to every library.