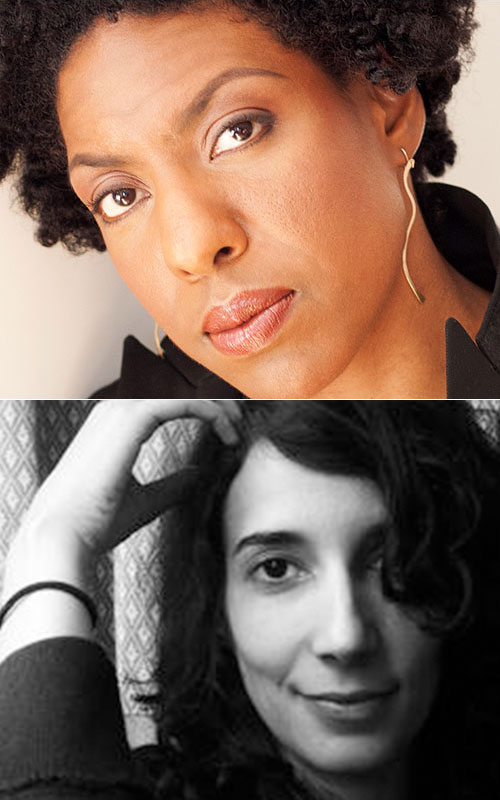 Ayana Mathis | The Twelve Tribes of Hattie with Emily Raboteau | Searching for Zion: The Quest for Home in the African Diaspora

In the “astonishingly powerful” novel The Twelve Tribes of Hattie, Ayana Mathis writes with “uncommon narrative authority” and “extraordinary psychological precision” (New York Times). The book—selected for Oprah’s Book Club 2.0—follows 15-year-old Hattie, who flees Georgia during the Great Migration and settles in 20th century Philadelphia to a life of harrowing domestic adversity. The story unfolds as a searing portrait of one family’s loss and heartbreak, and endurance in the face of agonizing grief. A graduate of the Iowa Writers’ Workshop, Mathis “has a gift for imbuing her characters’ stories with an epic dimension that recalls Toni Morrison's writing… but her elastic voice is thoroughly her own—both lyrical and unsparing, meditative and visceral” (New York Times).

Emily Raboteau, winner of the Pushcart Prize is the author of The Professor’s Daughter, a novel which traces a young woman’s search for identity in a biracial family wrought with recent tragedy. In her new book Searching for Zion, Raboteau unites memoir with historical and cultural exploration in searching out black communities that left home in search of a Promised Land. Praised Edwidge Danticat, Searching for Zion is “an exceptionally beautiful and well researched book about a search for the kind of home for which there is no straight route, the kind of home in which the journey itself is as revelatory as the destination.” Raboteau’s short stories have appeared in Best American Short Stories, Best African American Fiction, and Best American Mystery Stories.