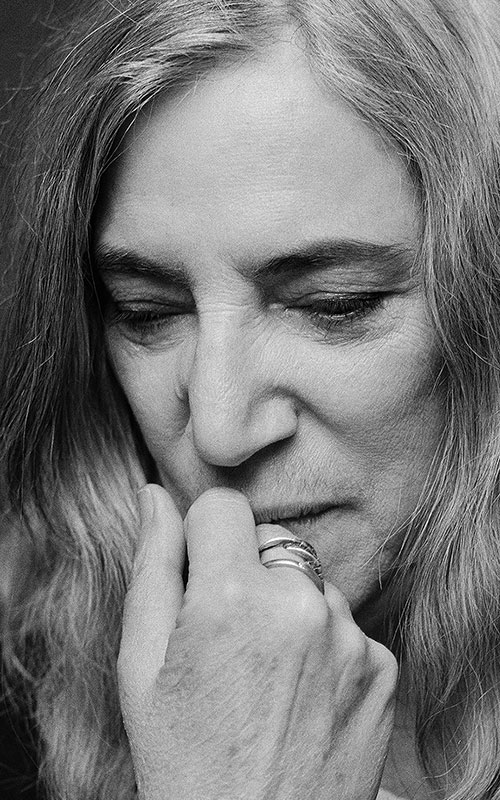 Known as the “punk poet laureate” for her unique fusion of rock, poetry, and visual arts, Patti Smith won the 2010 National Book Award for Just Kids, a “moving portrait of the artist as a young woman” (Los Angeles Times). Her 1975 debut album Horses is often cited as one of the greatest in music history. In addition to 11 other acclaimed records, her many books include The Coral Sea, Witt, and Babel. Smith’s other honors include induction in the Rock and Roll Hall of Fame, the 2011 Polar Music Prize, and exhibition of her drawings and photos in galleries worldwide. Described by Smith as “a roadmap to my life,” M Train is a meditation on the cafés, haunts, and landscapes that have influenced her craft.