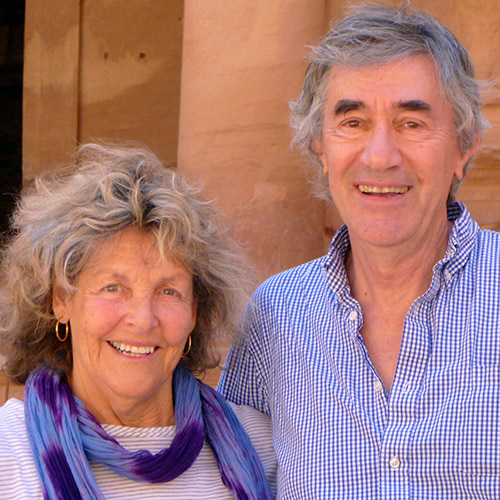 Gino Segré and Bettina Hoerlin | The Pope of Physics: Enrico Fermi and the Birth of the Atomic Age

The most revered Italian scientist since Galileo, Nobel Prize winner Enrico Fermi was one of the most prolific and consequential figures of the 20th century. Though a modest and unassuming man, he became one of the fathers of the nuclear age whose contributions to the modern world loom large still. Presenting his personal and scientific story are University of Pennsylvania professors Gino Segré and Bettina Hoerlin. In addition to Penn, Segré has taught at M.I.T. and Oxford, was Director of Theoretical Physics at the National Science Foundation, and has authored three books of scientific history. Hoerlin served as Health Commissioner of Philadelphia, was a visiting lecturer at Haverford College and Oxford, and is the author of Steps of Courage: My Parents’ Journey from Nazi Germany to America.


In conversation with Larry Gladney