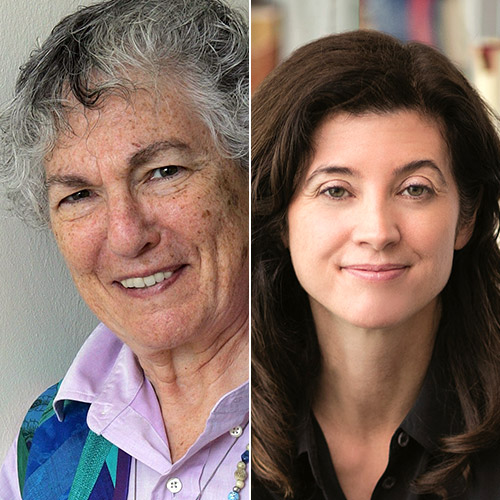 Candice Millard | Hero of the Empire: The Boer War, a Daring Escape, and the Making of Winston Churchillwith Blanche Wiesen Cook | Eleanor Roosevelt, Volume 3: The War Years and After, 1939–1962

Candice Millard’s bestselling The River of Doubt, the story of Theodore Roosevelt’s near-fatal exploration of the Amazon, was named one of the best books of the year by the New York Times, the Washington Post, and the San Francisco Chronicle, among many other periodicals. A former National Geographic writer and editor, she charted the life and death of President James A. Garfield in her second book, Destiny of the Republic. It won the Edgar Award for Best Fact Crime Book and was named to several best-of-the-year lists. In her latest offering, Millard chronicles Winston Churchill’s extraordinary Boer War exploits.


Blanche Wiesen Cook is the author of Eleanor Roosevelt, a “spirited and absorbing … impassioned and sensitive” (New York Times) multi-volume Los Angeles Times Book Prize-winning biography of the quintessential American First Lady. The Distinguished Professor of History at John Jay College, she has also written The Declassified Eisenhower and Crystal Eastman on Women and Revolution. From a world at war to FDR’s death to the founding of the U.N., the final volume in Cook’s biography examines the visionary former First Lady’s most trying and influential years.