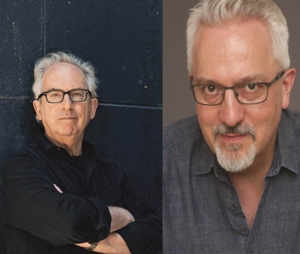 A writer who “luxuriates in language” (San Francisco Chronicle), Peter Carey is the author of 15 quirky and daring novels, including Parrot and Olivier in America, Bliss, Oscar and Lucinda, and The True History of the Kelly Gang, the latter two of which won the Man Booker Prize. Frequently posited as Australia’s next Nobel Laureate in Literature, he is also the author of two story collections and four works of nonfiction, and he has collaborated on two screenplays. A Long Way from Home follows three intrepid contestants in a grueling 10,000-mile road race across 1950s Australia.

“A novelist with a particular genius for inhabiting the past” (The London Review of Books), Alan Hollinghurst is the author of the Man Booker Prize-winning The Line of Beauty, an elegiac account of cash, cars, cocaine, and coming out in 1980s London. Infused with wit, sweeping jumps in time, and eroticism, his other achievements in fiction include The Swimming-Pool Library, The Spell, and The Stranger’s Child. The Sparsholt Affair mines the complex depths of a charismatic man’s legacy across three generations of a unique English family.