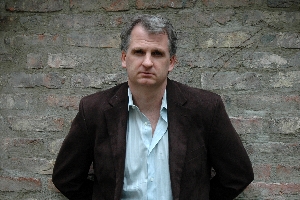 Perhaps America’s most esteemed Central and Eastern European historian and academic, Timothy Snyder is the author of the no. 1 bestseller On Tyranny, Black Earth: The Holocaust as History and Warning, Wall Around the West, and an impressive array of other books, articles, and essays about that continent’s contentious and complicated past. His many honors include the Hannah Arendt Prize, the literature award of the American Academy of Arts and Letters, and the Leipzig Book Prize for European Understanding. He is the Housum Professor of History at Yale, a member of the Council on Foreign Relations, and permanent fellow at the Institute for Human Sciences in Vienna. The Road to Unfreedom maps authoritarianism’s rapid and alarming resurgence from Putin’s Russia west toward the bastions of liberal democracy.