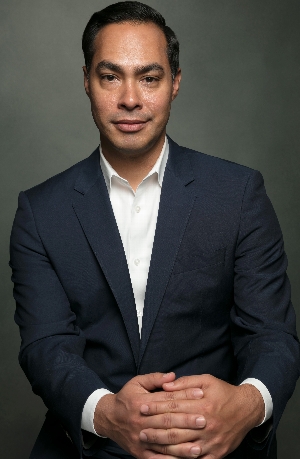 Julián Castro | An Unlikely Journey: Waking Up From My American Dream

In conversation with award-winning broadcaster and journalist Tracey Matisak

Former San Antonio mayor and Secretary of Housing and Urban Development during President Obama’s second term, Julián Castro burst onto the national political stage as the keynote speaker at the 2012 Democratic National Convention. Castro’s activist mother helped guide him and his twin brother, Joaquín, to Stanford and then Harvard Law School. From there he returned to his native San Antonio, which he helped transform into one of America’s leading economies. In An Unlikely Journey, Castro echoes the transcendence and aspirational spirit of Obama’s Dreams from My Father, affirming just what it means to be an American during an era of political cynicism and cultural divisiveness.