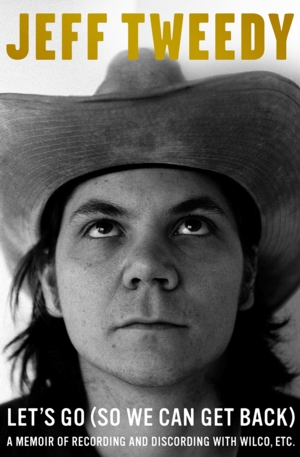 Jeff Tweedy | Let's Go (So We Can Get Back): A Memoir of Recording and Discording with Wilco, Etc.

In conversation with Talia Schlanger, host of World Cafe on WXPN

Jeff Tweedy is the lead vocalist, songwriter, and guitarist for the Grammy Award-winning rock band Wilco, declared “one of the most respected bands on the planet” and lauded as “paragons of good taste, masters of genre-bridging craftsmanship and chill independence” (Rolling Stone). Their many studio albums include Summerteeth, Yankee Hotel Foxtrot, and Sky Blue Sky. Tweedy was also one of the founders of the trailblazing alt-country group Uncle Tupelo, and has recorded a solo album, a record with his son Spencer, and has collaborated with a score of other musicians. In Let’s Go (So We Can Get Back), Tweedy tells the story of his Midwestern upbringing and current life as a husband and father, the early Chicago indie-rock scene that launched his career, and his musical process and perspective.