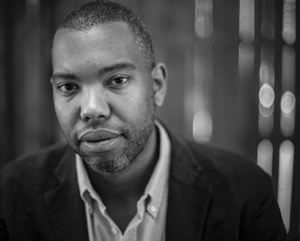 SPOILER ALERT. A number of critical plot points are exposed during the discussion.

Ta-Nehisi Coates won the 2015 National Book Award for Between the World and Me, a “searing meditation on what it means to be black in America today” (New York Times). A national correspondent for the Atlantic, he won the 2014 George Polk Award for his cover story “The Case for Reparations.” Coates is the recipient of a MacArthur Fellowship and the author of We Were Eight Years in Power, a collection of new and previously published essays. His debut novel tells the story of an escaped enslaved person’s journey from the barbaric Deep South to the misguided utopic movements of the North.