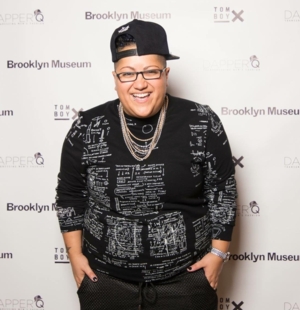 In conversation with Laurie Halse Anderson, bestselling author of Speak, Shout, Fever 1793, and the Seeds of America trilogy

Introduced by the Poet Laureate of Philadelphia, Raquel Salas Rivera

The first Latina to write for Marvel comics, Gabby Rivera created the popular AMERICA series, featuring the eponymous multiverse-hopping superpowered queer Latina dynamo Miss America, aka America Chavez. Honored as one of the SyFy network’s top comic creators and one of NBC’s #Pride30 Innovators, she has also contributed short stories to several anthologies, including The Secret Loves of Geeks, Sound Bites, and A People’s Future of the United States. In Juliet Takes a Breath, Rivera offers up an audacious queer coming-of-age tale about a newly out young Puerto Rican from the Bronx who embarks upon an eye-opening internship with her idol.