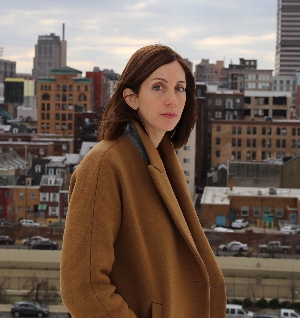 In conversation with Mike Newall, metro columnist at the Philadelphia Inquirer

“Incisive, insightful, and compassionate” (Boston Globe), Liz Moore is the author of the acclaimed novels Heft and The Unseen World. She is the recipient of the 2014 Rome Prize in Literature, the University of Pennsylvania’s ArtsEdge residency, and Philadelphia’s Athenaeum Literary Award. A creative writing professor in the MFA program at Temple University, her fiction and nonfiction have appeared in Tin House and the New York Times, among other places. Moore’s new novel follows two sisters on opposite sides of the law in a Philadelphia neighborhood devastated by the opioid crisis and a string of related murders.