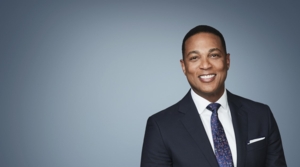 Don Lemon | This Is the Fire: What I Say to My Friends About Racism